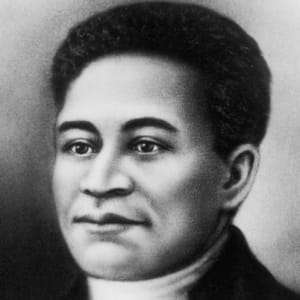 Here’s a great story for the Fourth of July, particularly this one!

Several years ago, I ran a book drive to give away gently-used books from suburban families to inner-city kids in an after-school program. Many of them had zero books in their homes. I also wanted to build up the library of the after-school, so I set aside books of special interest to multicultural readers for that purpose.

One of them was about Crispus Attucks. I had never heard of him. Here I was, decades out of school, but I had never heard the name of the first patriot shot and killed in the Revolutionary War – who happened to be black and Native American. I read the book with gusto and passed it on with pride.

Last night at Mount Rushmore, as President Trump announced the neat idea of a “Garden of American Heroes,” in light of the “Black Lives Matter” hubbubs right now, I thought that a statue of Crispus Attucks would be a natural for that project.

Apparently, he had been a slave in Massachusetts but was gifted in horse and cattle trading. So he made a lot of money for his “owner.” He got to keep a little of it. When he had a lot saved up, he tried to buy his freedom from his “owner,” who refused. So he escaped.

He wound up in the docks, being a stevedore or making rope, and according to the book, he was well-accepted and popular among his peers. He agreed that the patriots needed to get free of British rule and taxation. When the altercation with British soldiers happened that fateful night in 1770, Attucks happened to be with his friends the patriots. He was the very first patriot shot and killed. He was among the five laid in state in Boston’s famous Faneuil Hall – never mind any segregation laws.

We know that event now as “The Boston Massacre,” and it really did kick off the Revolutionary War that finally won our freedom in 1776.

Historians say as many as 8,000 people born in Africa fought on the side of the patriots in that war – something I did not know. Pretty impressive!

I hope parents will make sure their children know about Crispus Attucks and many other black leaders in American history. We should be so proud of our multicultural heritage, so rare in the world today. It’s best to uplift heroes and positive influences to teach the new generations what they owe Americans of the past, whatever color their skin happened to be. †

Greater love hath no man than this,

that a man lay down his life for his friends.

Like Loading...
Posted in Holidays, Hot Topics
← Mobs and a New York MinuteThe Boys and Their Kites →