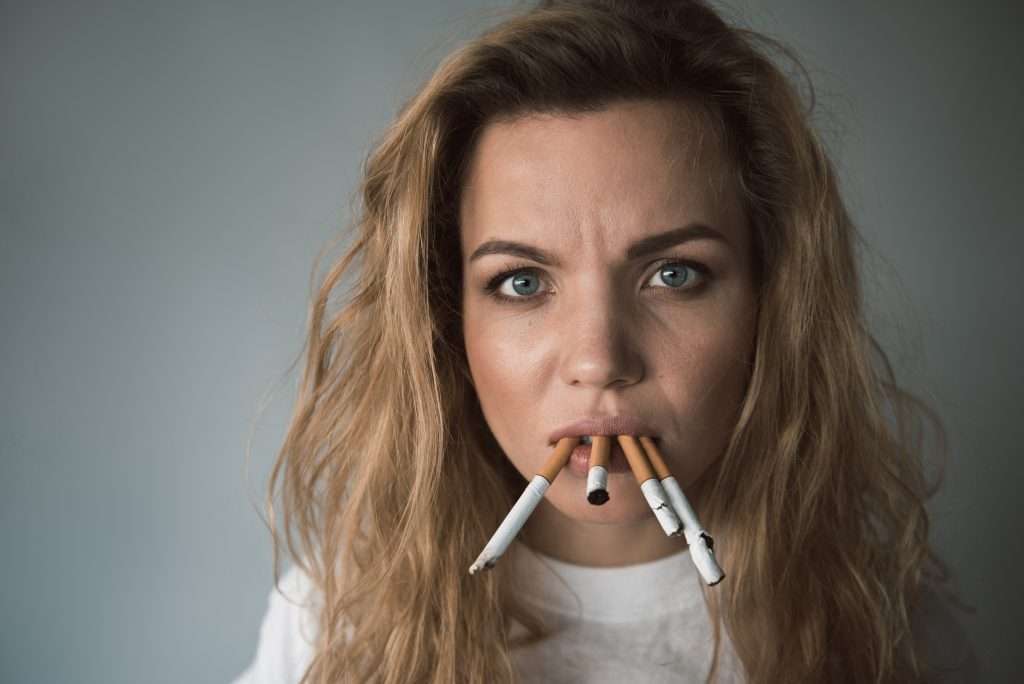 In my callow youth, I smoked cigarettes. (SFX: Organ music! Woman screams! Sirens roar!) OK, OK, I knew it was wrong. Instead of quitting, though, I hid it. Or so I thought.

One day my older sister came over. She is a unique combination of the kindest saint in world history and the No. 1 persecutor from the Inquisition. She opened my closet, and gasped a gasp that must have lifted her feet six inches off the floor. “YOUR CLOTHES REEK OF SMOKE!!!”

Of course she only cared about me and my health, and I appreciated her loving concern. It was my first clue, though, that I had become such a smoking addict, I wasn’t even aware of the obvious evidence of my destructive habit.

Happy to say I quit, with God’s help (that’s another story!), and haven’t smoked for 30+ years. But I see that same cluelessness going on right now in this election mess we have.

How on Earth could so many big shots not be able to see the widespread corruption and election fraud? And recognize that this election was totally crooked at least in those seven swing states where all the monkey business went on? Because, as the Bible describes it, “their consciences have been seared.”

Like a spot of skin on an animal that has been branded and no longer can feel anything or grow hair, some of us get scorched by the temptation to sin and cooperate with evil. We roll right over the warning speed bumps the Holy Spirit places in front of us, ignoring them. We sin and sin and sin some more. We become such self-absorbed sinners we aren’t even aware that what we’re doing is wrongorrhea.

We become cauterized, insensitive, hardened, calloused, even dead to the difference between right and wrong.

So, just as I couldn’t smell the overpowering reek coming from my closet, these big shots involved in election fraud are so desensitized to immorality that they can lie without shame, and cooperate with deception and corruption without guilt.

Pride and cynicism destroy humility and faith. Idols such as money, evil ambition and power put your spiritual self in a body bag in the corner. You choose evil over God’s principles for moral living.

That’s how so many of our politicians, media types and Big Tech gurus can ignore the obvious election fraud, bribery and blackmail, sexual corruption and foreign manipulations going on right now – as well as ignoring the legitimate needs and problems of the Americans they are supposedly serving.

Yes, they’ve been seared by the devil’s fire and think they’re sitting pretty. But there’s fire . . . and then there is the fire of the Living God. If they don’t repent . . . it won’t be pretty.

I have a meeting tonight about the third rung of that short stepladder with others who feel as I do. Too bad it’s on Zoom: among these caring Christians there will be no reek of smoke or the telltale scent of hellfire – only the aroma of the redeeming Christ. †

that in the latter times some shall depart from the faith,

giving heed to seducing spirits, and doctrines of devils;

having their conscience seared with a hot iron. . . .