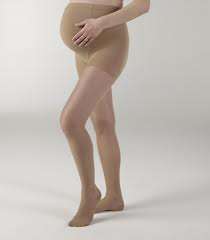 It is not until a man has to live with a pregnant wife that the full ramifications and permutations of raging female hormones can be fully perceived. It is a marital challenge beyond compare.

One night, my Beloved came home to find me slumped at the kitchen table in despair, my tears wetting my maternity blouse.

He flew to my side. “What’s the matter? Is there something wrong with the baby?”

I blinked at him stupidly. “No! Of course not. I had to get gas and didn’t have my gloves so my hands got really cold. Plus, there was snow on the paper so the pages are wet and I can’t read it. And I got ink on my favorite dish towel and it won’t come out.”

He blinked back. “And THAT’S why you’re crying?”

You should have seen his face. In the ensuing silence, I felt the points of the compass whirl and the tectonic plates shift. I was no longer a mature, rational human being. I was now transformed to the molecular level by pregnancy hormones.

That’s what he called me, through all four pregnancies. When I got emotional, he would say that I was playing my “hormone-ica.”

While seated, if I would drop a piece of paper on the floor, it would take five minutes to gingerly bend sideways and pick it back up. It was frustrating and I would cry.

While standing, if I wanted to plug in the vacuum cleaner, I would have to stand with my feet as wide apart as they would go in order to bend down to get the plug into the outlet. I looked so ridiculous, I would laugh.

While getting the nursery ready for the new baby and organizing all the soft and tiny little sleepers, blankets, towels, washcloths and other darling baby gear, I would feel such a surge of cuteness-sparked estrogen that I would burst into tears.

While chatting with the elderly neighbor man, bless his heart, who got a little mixed up on his terminology and asked me if I had become “diluted” yet, instead of “dilated,” I looked down at my swollen ankles and feet, quipped that “You BET I have become diluted!” and laughed and laughed, until I cried, and then laughed again because I had cried.

Through it all, my Beloved did not make fun of me, criticize me, roll his eyes or pull his hair out. He remained respectful. Better word: wary.

Even after childbirth, the hormone storms raged. One nurse carried the baby back to the nursery after an attempted late-night feeding, and in the dim light I could see her genuine smile. “Jordan!” she exclaimed. “What a cool name! That sounds like an AUTHOR!” The surge of pride and pleasure about knocked me out of bed.

But later, another nurse came for Jordan after another unsuccessful breastfeeding try. The baby had been crying a lot in the nursery that first night, because the Dairies hadn’t yet kicked in. This nurse was carrying the baby out of the room, and again, in the dim light, I could see the nurse’s face. She was frowning and irritated. Apparently our baby’s crying was interfering with her ability to concentrate on her book or play cards in the nursery.

“Poor little thing,” she said histrionically to the baby, obviously within my earshot. “You’re so hungry! So . . . HOLLOW!!!”

That really hurt. My shame and dismay were made even worse by the flood of hormones.

See, our daughter had weighed well over 10 pounds at birth and had been three weeks overdue. She was used to a constant feedbag in utero, but breastfeeding was taking a while to “work” because of my labor trauma. As pudgy as she was, there wasn’t any danger of starvation, I didn’t think.

Because of her size, the jokes from our friends and family were flying fast and furious. If she was sleeping when visitors came, we would shuffle down to the nursery to see her through the glass. Naturally, she was the only girl baby in the nursery. All the rest were baby boys, and they must all have been born prematurely. They were only half her size or thereabouts.

I chuckled, but only to hide my feelings of dismay. I was jolted by emotion, picturing her at age 17 as 6’5”, 350 pounds, getting inquiries from the NFL but without a Prom date. The teasing was getting me choked up.

Just then, another visitor arrived, elbowed her husband, and pointed toward our baby daughter – pink, precious, and huge. “Hey, Marv! GET A LOAD OF THAT ONE!”

Get a LOAD? Fighting back tears, I shuffled back to our room.

There, the guys in my family kept joking about the baby’s 3-week overdue delivery and spectacular birthweight. “She’ll be palming a basketball any day now!” one quipped. “She’ll be able to drive the car home from the hospital – her feet should reach the pedals,” quipped another.

Tears of hurt filled my eyes.

Just then, my dear Aunt Nancy interrupted the raucous joking. “Say, Susan,” she said, authoritatively. “At the preschool where I work, there’s this adorable, precious, delicate, tiny little girl that everybody calls ‘Tweety Bird.’ And do you know what? SHE was a 10-pound baby, too!”

Our eyes met. Hers twinkled. Mine radiated back extreme gratitude. The jokers shut up. We smiled in contentment. Hormy had an ally, and everything was going to be OK. I am thankful that God puts wise, loving people in our lives to help us surf through all kinds of storms, including hormonal.

Aunt Nancy was right. Jordan is grown up now, 5’7” and about a size 4. Totally gorgeous. No NFL bids in sight. And yes, she had Prom dates all through school. She now has a wonderful, handsome husband who has adored her since he first “got a load” of her.

And on that note, I will play a triumphant chord on my “hormone-ica” – which, for mothers of any age, is always perfectly in tune. †

They that sow in tears shall reap in joy.

He that goeth forth and weepeth,

bringing his sheaves with him.