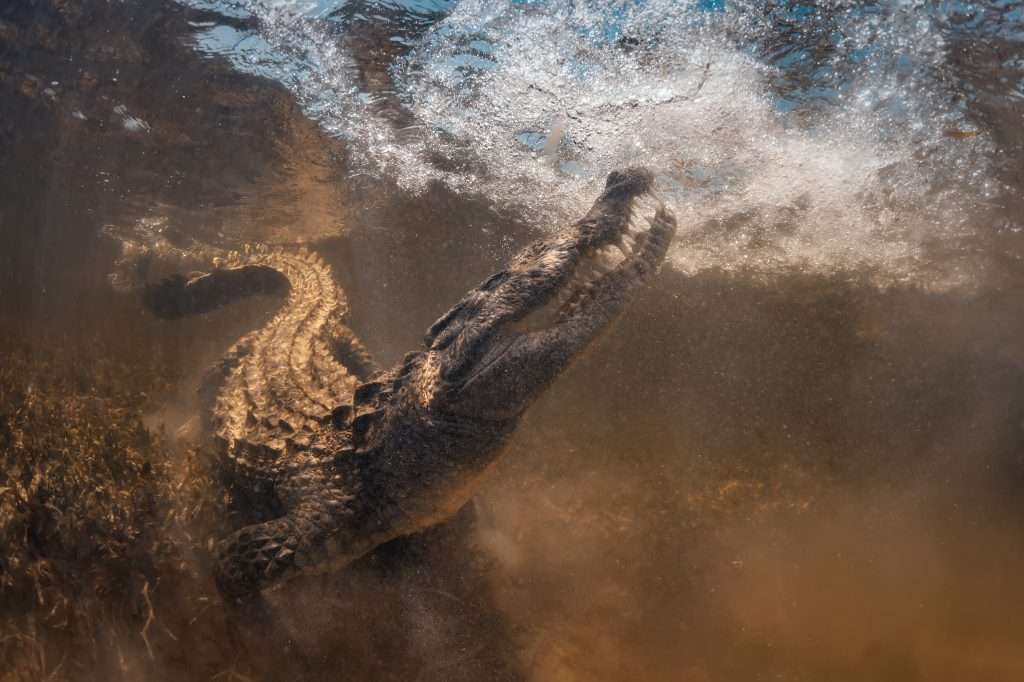 The people in our government and mass media who are demonstrating such hatred, malice and strife against President Trump and his millions of voters aren’t themselves evil. But for many reasons, they have made themselves vulnerable to being used by evil – in the form of a satanic spirit, Leviathan, the crocodile. What has made them vulnerable? Pride. The Bible calls Leviathan “the king over the children of pride” (Job 41:34).

Truly, their accomplishments are impressive. But just as obviously, many have fallen away from humility, truth and an adherence to God’s principles for moral living. Otherwise, we’d see the fruits of the Spirit coming out of D.C. – you know, love, joy, peace, etc. (Galatians 5:22-23). Instead, we get all the bad stuff with the stench of hell attached (Galatians 5: 19-21, 24,26).

As arrogance, gossip, avarice, power plays and the scramble for position replace obedience to God’s laws in the heart of someone beset by pride, that heart becomes as hard as stone – cold, calculating, devoid of human understanding (Job 41:24, Ezekiel 36:26). A prideful person is unteachable, unreachable and unreasonable. He or she becomes a know-it-all and everyone else is stupid.

No ”air” – understanding, compassion, the other side of the story – from the Holy Spirit or anyone else can get in to that person’s mind because of this tight pride, acting like the tight scales of a crocodile around that person  (Job 41:15-17). They become angry, self-serving nitpickers instead of mature, caring, big-picture thinkers. Therefore, instead of healthy assertiveness, approachability and positive persuasion, they turn to hostile aggression to get their way.

You’ll notice that as much as one-third of a crocodile’s body is his mouth, holding those 1,000+ teeth. Concordantly, Leviathan’s weapon of choice comes from his servant’s mouth. This spirit causes people to become liars, meanmouths, gossips, back-stabbers, slanderers, nasty critics, revilers – a whole panoply of verbal attacks. Their words burn. There’s zero love or empathy involved. They want to get their way, period. We all know where that kind of speech comes from (“the tongue is a fire, a world of iniquity . . . set on fire of hell” — James 3:6).

But the main attack of the Leviathan spirit is to twist the target’s words and ideas. The distortions create irritation, animosity, frustration, malice, anger and suspicion in onlookers. Just as the crocodile twists and turns his body underwater to disorient the prey he has in his clutches, dismember the prey and drown the prey, the Leviathan spirit causes people in its grasp to twist their target’s communication from good to bad, and use that to dismember relationships. (King David wrote about this in Psalm 56, especially v. 5).

After the verbal attack, Leviathan twists and spins around in the water, obscuring you and certainly your original words and ideas from others in the whitewater and foam of the strife. Onlookers can’t see the truth. In the power and “rapids” caused by the person doing the attack, it looks very scary for anybody to go in and try to save you. So all the good people get confused and manipulated by the strife, the one attacked “dies,” and the other good guys feel depressed, anxious, even suicidally hopeless.

Haven’t we seen all this against President Trump, from the beginning of his term, and certainly in the last few days? It has been wildly successful, so it is likely to continue with more and more targets . . . unless. . . .

Our founder and second President, John Adams, warned us about having people like this in leadership roles in this country back in 1798:

“We have no government armed with power capable of contending with human passions unbridled by morality and religion.

“Avarice, ambition and revenge or gallantry would break the strongest cords of our Constitution as a whale goes through a net.

“Our Constitution is designed only for a moral and religious people. It is wholly inadequate to the government of any other.”

See the final Part 3 of this series tomorrow for which course is best. †

Come, my people, enter thou into thy chambers,

and shut thy doors about thee:

hide thyself as it were for a little moment,

until the indignation be overpast.