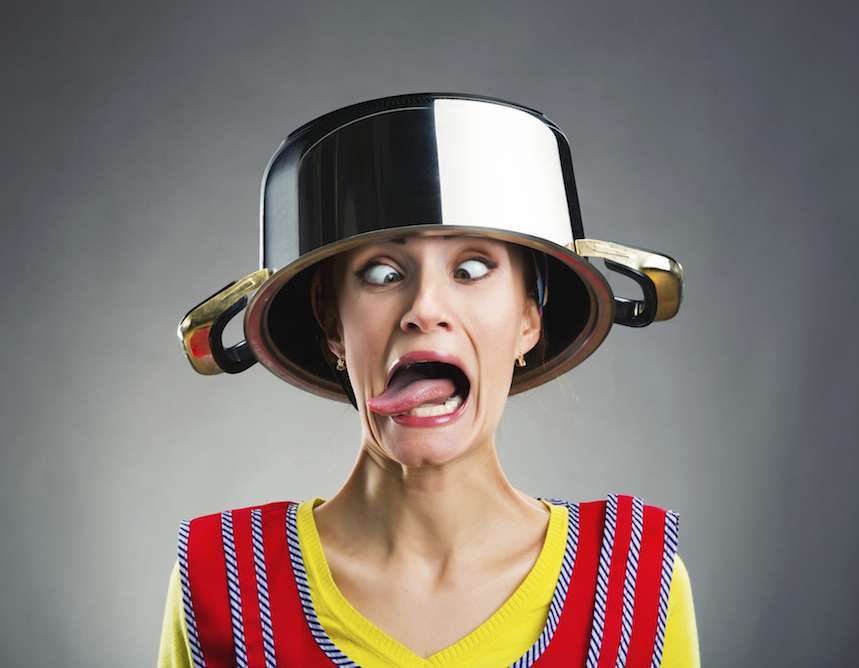 I am Technologically Impaired. Electronic gizmos are all a mystery to me.

We have a DVR that records TV shows and displays who is on the phone when the phone rings (how DO it KNOW?). It feels deluxe to have a neat device like that in our home.

But, minor details, I can’t take advantage of that fabulous feature because I don’t exactly know how to turn the TV on. That is key. With three remotes, I don’t even exactly know how to change the darn channel. I used to know at least that much, before we “upgraded.” (I hate that word!)

So to me, technology is not so much a blessing as an anxiety-causing conundrum.

My first smartphone was a case in point. It was my prized possession, but it was hard on my blood pressure to learn how to use the thing very well. I got it when I got a magazine editing job. Everybody else was already an expert with smartphones. We worked all over the country, so using them efficiently was crucial to the job. Gulp.

The first thing I did was to put my own name and contact information into the Contacts. What? So I could call or email myself? Couldn’t I just THINK  a message to myself?!? Or in case I forgot my own name? No. I started there so if I screwed up even that rudimentary task, the only one who’d know would be me.

I entered it, never used it, forgot all about it, and went merrily on my way.

A while later, slightly more competent, I got a new email address from the company. Apparently, my old one was reassigned to a young woman named April. She worked in Nashville with a lot of the other people in the company. I had never met her, never talked to her, and only barely knew her by name.

So now the stage is set.

My Beloved and I took our daughter Maddy to an exciting University of Nebraska Cornhusker football game. When you’re a 9-year-old girl not that much into sports, that’s a great time . . . for a while. As the game wore on, Maddy’s football enjoyment was beginning to wane.

So I gave her an unexpected treat – my smartphone. Besides the business stuff, it was loaded with a few games. She loved using it to pass the time and pretend to be a big-shot teenager.

After the game, which, miraculously, we won, she gave it back to me. Everything was fine until Monday morning, when I received this startling email from the aforementioned April in Nashville:

For some reason I am getting texts you are sending from your smartphone  to your Mom.

Mom, I will stare into the abyis and slip away slowly into madness. . .

UNLESS you give me a phone, laptop, ipod, idog . . . THE LIST CONTINUES UNTIL WE GET HOME!

My cheeks flushed. Yes, that’s my name. Yes, I have a Mom. But I don’t remember writing anything remotely LIKE that. What the heck? And hey: I know how to spell “abyss.”

What’s going on? Why would I write those things to my mother? Was I going crazy? Had the excitement of the game splintered me into multiple personalities?!?!

Then I recognized the “abyss” and “madness” line as being from a certain movie – The Grinch, starring the nutcase actor Jim Carrey. It was Maddy’s favorite movie. She had a lot of the humorous lines memorized. “Staring into the abyss, slipping slowly into madness.”

And I knew a phone, laptop, ipod, etc., were all on her Christmas list.

Though FAT CHANCE she was going to get any of them. And she KNEW that. We’d DISCUSSED it. Ad NAUSEUM.

But it would be just like her to beg and badger me, anyway. She must’ve written it. That makes sense.

But how did the message wind up in my co-worker April’s email inbox half a country away?!?

I finally realized that Maddy must have advanced past games to the email functions of my smartphone. Oh, no! Next, she’ll be ordering her OWN Christmas presents, online!

April must have concluded that I was a total weirdo in need of serious psychiatric medication, writing a message like that to my mother, at my age, begging for toys, and so incompetent with technology that it somehow got routed to her.

I loved April’s gracious email reply to my humiliated explanation and apology:

Thank goodness it wasn’t something embarrassing huh? Have a good day and thanks for making me laugh!!! April

So I decided to just take my full bottle of vodka and stare into the abyss of technological idiocy, slipping a little MORE deeply into madness . . . outstripped by a 9-year-old and still not quite understanding how. †

And I gave my heart to know wisdom

and to know madness and folly:
I perceived that this also is vexation of spirit.