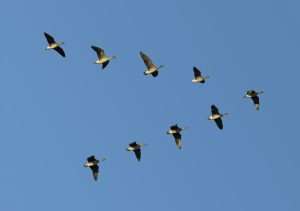 The fool hath said in his heart,
There is no God.

There are a couple of online bulletin boards that I visit from time to time that touch on spiritual issues. They are frequented by Christian believers like me, by followers of other religions, by agnostics, and also by atheists. Occasionally, we have the cyberspace equivalent of a food fight, arguing about faith matters.

The atheists are often the most prickly. They start the most fights. Some try to bend, fold, spindle and mutilate what Christians hold as truth. They can be mean, rude and condescending. Obviously, they don’t have the Holy Spirit living in their hearts, and they act like they don’t. Duhhh! What do you expect, from what they call “the unregenerated”?

Others, though, are courteous, sincerely want to know what Christians believe, and are searching to harmonize ideas. I’m totally for finding unity whenever possible. So, even though the barbs of the atheistic boo birds sometimes make me feel as though I’m beating my head against the wall, and I get frustrated and mad, still I’ll throw my conversational hat in the ring to defend Christ any chance I get.

The online harassment peaked a while ago. I wrote an article for an online publication questioning the wisdom of teaching schoolchildren that evolution by random chance mutation is how the universe began and continues to develop.

I don’t believe that. The evidence doesn’t point that way. The facts actually refute evolution in many areas. In the article, I tried to explain why evolutionary macro-theory – universal species-to-species change via genetic mutations from an amoeba to a redwood tree or an ardvaark or an NFL athlete – cannot have happened, under scientific and mathematical principles. Life had to have started supernaturally, and probably the “species” developed under the created “kinds” described in Genesis. God’s been at the reins all along, in other words, not blind chance.

Whaaaaat? I dared to disbelieve the party line of the atheists?

All hell broke loose on the online site. Some of these atheists, who are pro-evolution to the point of blind fervor, attacked me vehemently (rhetorically speaking, of course).

The exchanges continued online for months. I was glad for that. Atheists usually end any discussion after a few exchanges. Why? You’d have to ask them. My guess is that they can’t answer the challenges. That exposes the weaknesses in their beliefs. They don’t like that. They want to keep on believing that evolution is true, the Bible is a crock, and there is no Creator God. So they put their hands over their eyes.

But these atheists hung in there. They often made good points that helped me polish my arguments, and taught me a lot. They’re even occasionally funny. And they occasionally give me glimpses of their personal pain and struggles. So I pray for them. I can’t wait for the day when one of them comes to Christ, and lets me know I had a hand in it. Supreme woot situation.

In the meantime, God finds ways to encourage me to keep dialoguing, when it would be so much easier on my blood pressure to blow them off.

It was a crisp, clear autumn day. I had just written to the atheists about a study of migratory birds. It showed that, by flying in a V-formation, a group of birds can go 70% farther than a single bird can. This is because of the way the V-formation conserves flight energy.

The birds take turns “on point.” That’s the hardest spot in which to fly because of the wind resistance and so forth. After a while, the lead bird falls back and another fills that spot. If one bird gets sick and falls out of formation to land, another one will always go with him and stay with him. It’s truly amazing.

But how does this happen?

They don’t learn the V-formation from their parents. They don’t have “Migration Schoo;.” They “just do it.”

Migration and all its complex, interrelated behaviors is apparently embedded in their brains. So where did all that come from? From mutations? Noooo. Mutations are almost always negative and dysfunctional, not positive and highly helpful, like these behaviors.

They didn’t inherit migration knowhow from the creatures from which evolutionists claim geese evolved. They didn’t migrate. There’s nothing “gradual” about migration, either. It’s like breastfeeding. You don’t have one generation in which those complex biological phenomenons didn’t happen, and then suddenly – poof! – they started. They are ‘way, ‘way too complex for that.

Evolutionists have no answer for this and countless other curiosities in biology. They can’t answer how the birds know how much to eat before they leave, how fast to fly, how to navigate the best path, and where exactly to fly to.

Migration is a miracle, I exhorted the atheists in the bulletin board. It’s one of thousands of reasons why no one in their right mind can believe in random chance mutation. It has no creative power at all. And Godless evolutionary theory fails under honest scientific scrutiny. It may look good in a carefully-controlled lab or on the pages of a dissertation from someone with a hidden, slanted worldview. But evolutionary theory can’t account for how real life works, with real living things. Like the geese who fly in a “V” overhead.

The atheists sputtered. They got mad. They “flamed” me.

I feared they were going to “block” me, and censor the discussion so that others couldn’t learn anything more that would rebut evolutionary theory. My end game is always to point people toward the living God. So, just for fun, I got in one more line:

Maybe God designed the V-formation for migratory birds, I suggested, so that every time people look up in the sky in the autumn, we can see a big “V” and think of the Victory over death of our Lord and Savior, Jesus Christ, on the Cross.

“See? He even writes it in the sky for you guys,” I quipped.

Oh, there were nasty rejoinders. Oops. Maybe I was too sarcastic. That doesn’t advance the cause of Christ.

Oh, well. It was still funny. Tra la. I drove off on an errand across town.

Coming back, under the golden autumn sunset with purple clouds building to the west and a chill in the air, I pondered whether I had gone too far. Had I slipped into ridicule? Had I pushed back any baby steps toward faith that any of those atheistic readers might have made, if not for my wisecrack?

I felt chagrined. Then self-defensive:

“But God! These guys attack You all the time! I HAD to do SOMETHING!”

In the silence, I was filled with fear and dread. I’d fumbled. I’d fouled out. I blew it. He was mad. Dang! I hate when I do that!

All of a sudden, I saw one of those beautiful, big “V’s” of honking geese overhead that I had just referenced to the atheists. I smiled . . .

. . . then gasped, as three or four of the geese suddenly left the long leg of the “V,” and flew into the middle of the formation.

So God writes about THEM in the sky?

Then, as I watched, they went right back to where they belonged, and formed a “V” again.

It was so wacky, and it matched my sense of humor so perfectly, I laughed out loud. I felt sooooooo encouraged.

If I hung in there, and kept trying to point atheists toward truth, I was going to help “catch” one or more of these people, one of these days. Convince them that atheism is wrong. Give them a “goose” toward saving faith in The Big JC!

Heyyy! God really DOES write in the sky!

Hot tears sprang into my eyes. I gripped the wheel.

I rasped out a prayer of gratitude for the God who turns the hardest hearts around to Him. In an endless variety of ways, He’s the God who shows us every day, in every way, His endless love for each of us.

He writes it in the tiniest of cells we study under a microscope. He writes it deep in the rocks and high on the mountaintops and down in the seas. He writes it, plain as day, in the Bible.

And He writes it where you can’t possibly miss it, big and bold and loud and sassy, right overhead.

With honking geese on the miracle migration journey He designed, He writes His love for His creation, right up there in the sky. †