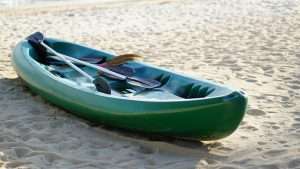 And behold, a woman, which was diseased with an issue of blood twelve years,
came behind him, and touched the hem of his garment: . . .
But Jesus turned him about, and when he saw her, he said,
Daughter, be of good comfort; thy faith hath made thee whole.

But this was scary: she would be rattling on about Kierkegaaaaaard or somebody else too smart to understand, and we knew it’d be on the test. So we’d be leaning forward to try to perceive something, anything, faces puckered, pencils poised.

All of a sudden, she’d stop talking. She’d just stand there, staring off into space, her face bright red.

This went on for several minutes, as if she were pondering some imponderable of philosophical magnitude in the fourth degree.

I worried that we were all so dumb, we were literally driving her stone bonkers. MY face usually went totally red, too, as all the blood in my body rushed to my brain to try to help it understand what in the SAM Hill she was TALKING about.

Now I get it: she was having a hot flash.

I have a friend who just went through it. Her husband came to bed in his Nanook fur-lined hooded sweatshirt, because she’d get so hot that she’d throw open all the windows, even on a Nebraska January night.

THAT kind of stuff was never going to happen to MEEEEE.

No. Mine was WORSE.

I didn’t have meno-PAUSE. I had meno-NIAGARA. My Aunt Flo went ‘way out of control on her monthly visit. She overstayed her welcome, bigtime.

I ought to shut up; she might come back. But I think I’ve had my Last Hurrah. Menopause, for me, didn’t take years. Just four intense weeks.

I mean, it was a gusher that would have made a Texas oil man’s cigar explode.

I was riding a cotton kayak, needing a new one every hour on the hour.

I went to the doctor and great, big gobs of greasy, grimy gopher guts cascaded all over the exam table, making us both look like something from a “B” horror movie.

I couldn’t go anywhere and was chained to my cotton kayak supply. I had PMS: Perpetual Menstrual Syndrome. It was terrible, horrible, no good and very bad.

Everybody knew somebody who’d had it, only of course, theirs was worse. One businesswoman wore black pants to work for 3 ½ years; her co-workers thought she was “fashion-impaired.” Another had what she described as “a soldering iron” fry off all the blood vessels down under. Sssssssss!

Naturally, I talked to somebody whose best friend’s hairdresser’s sister-in-law had the same thing, and it turned out to be . . . ENDOMETRIAL CANCER!!!

I went in for a scope, planning my will. My tech was from the former Soviet Union. It’s scary to have someone with a thick Russian accent putting what looks like a Russian ICBM up your whazoo. To top it off, she said she could see my THYROID from down there.

How rude! We fought the Cold War over less than that!

Overall, I really suffered and, yes, I prayed for relief.

Then one day, poof! It stopped. And stayed stopped.

Hallelujah for a heavenly cork! But I’m stuck with mass quantities of cotton kayaks that I don’t think the Goodwill wants, either.

It has been three months. It suddenly dawned on me that the LAST time I went three months without Aunt Flo, it was because I was . . . you know. . . .

But relax. It’s a yellow Labrador retriever puppy for my husband’s new hobby.

We’re both having midlife crises, but he gets to go hunting, buy 10,000 jazzy accessories, and have a ball. I get the ignominy of Aunt Flo out of contro’.

Oh, well. If she comes back, we can always teach our new dog to fetch me a kayak. †

By Susan Darst Williams | www.RadiantBeams.org | Girls Will Be Girls | © 2020