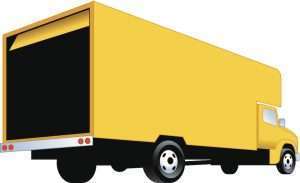 Now unto him that is able to do exceeding abundantly
above all that we ask or think, according to the power that worketh in us,
Unto him be glory in the church
by Christ Jesus throughout all ages, world without end. Amen.

Marilyn is one of those glorious gals with a 400-watt smile.

Don’t get me wrong. Her life has had plenty of dark days and lots of bumps. Big ones, in fact.

But she also has that inner glow that comes from knowing that Somebody loves her, and won’t let her settle for anything less than His best. Take the time He saved her bacon in Biloxi.

She was an Army wife. She had a busy husband, a toddler and a second child on the way. They lived in that famous Mississippi military base, crammed with young families like theirs.

Every June, darn near every house and apartment went up for sale. That was when the Army shuffled its deck and people were transferred hither, thither and yon.

Well, Marilyn’s husband drew “yon,” a location far, far away. The transfer was going to take place in June. They found out early, so Marilyn had the jump on other families. She decided to put their home up for sale on the first of January. She thought, OK, we’ll have nearly six months to unload it.

But it sold in three days.

And they had to be out of there by the end of March.

Not a problem, she thought. There are scads of places to live around Biloxi. They could easily find a rental for three months. This would be a piece of cake!

In mid-January, she started looking. No cake.

In February, she enlisted the help of a neighbor. They pored through the newspapers, made phone calls and scoured the neighborhoods for properties for rent. Zip.

In March, with her pregnancy advancing, she started to lower her standards. It didn’t have to be the Taj Mahal. They didn’t need a ton of space or a big kitchen.

The places that were available, however, had issues that went far beyond the kitchen. Basement firetraps. Hideous decorating. Resident livestock, those famous Biloxi bugs. Big? Hold a carrot out in front of them to get them to move out of the shower. Eww!

It was the same thing, every place they visited: open the door, and your eyes darted around like a pinball as the little brown flashes scurried into their hidey holes.

My pregnant friend thought: “I’m NOT bringing my new BABY into a ROACH PIT!”

But she might have to. In 20 days, her family would be thrown out on the street.

So Marilyn did the only sensible thing. She collapsed on her living room floor. And she prayed.

“Lord, I know you have a place for us to live. BUT I CAN’T FIND IT! So I’m just going to sit here and cry.”

Which she did, loudly, thoroughly and with all her heart. Until the phone rang.

It was a realtor. “You still have a house for sale?”

“No, we sold it,” Marilyn replied. “Actually, now we’re looking for a place to rent, short-term.”

“Oh! Good! I know of some brand-spanking new condos right on the Gulf of Mexico. They’re so new, there’s not even a sign up yet. Nobody knows about ’em.

“They’re looking for short-term renters to start, month-by-month contracts, and the price is right. They’re very nicely furnished. Ocean views from every room. No bugs! Right by the fish market. You can watch the boats come in off the ocean and buy your fish dinner as fresh as can be!”

She went. She saw. She loved. She rented. She rejoiced. It was perfect.

It was lovely beyond her wildest dreams. It was a bigger blessing than she ever could have imagined.

‘Course, when your listing agent is the Lord God Almighty, you know you’re going to get a heavenly deal. †