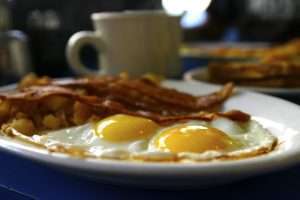 As the cold of snow in the time of harvest,
so is a faithful messenger to them that send him:
for he refresheth the soul of his masters.

The worried husband had been through a lot that morning. He had had to call an ambulance to rush his wife of nearly 60 years to the hospital. She was battling cancer, and had mysteriously lost all power in her arms and legs. They got her settled in a hospital room, and then the husband sought answers from the medical staff.

You know how it goes. Bless our medical friends’ hearts. But good golly, sometimes they forget how to speak English.

The doctors had already made their rounds and were nowhere to be found. With almost all of the medical center’s 540 beds filled with patients, the nurses and other staffers were too busy to sit down with him to explain what was happening, what could be the cause, and what would come next.

So he had no idea what was wrong with her. He didn’t know what tests they could do, how long she was likely to stay like that, and so on and so on.

He couldn’t understand the jargon associated with her condition, and couldn’t find anybody who could translate and help him know what to expect.

“I can’t keep doing this,” his troubled mind cried out. “I’m so tired. I’m failing at taking care of her. I can’t do it any more.”

He was so upset and stressed out, he was about to bust a gasket. So he thought it might be a good idea to get in his car and drive a while – clear his head – find a restaurant and get a meal.

So he did. At least he was in the beautiful Coachella Valley near the southern California mecca, Palm Springs. In the wintertime, tourists swell the population to no doubt a million people. There seem to be a million restaurants serving them, too.

He drove along for eight or nine miles, musing about his predicament, when suddenly he saw an old friend:

An old-school, throwback, hole-in-the-wall diner. It was a landmark, a greasy spoon, a place every tourist who comes “on The Desert” has to sample at least once. He went there many times with his beloved wife and good friends.

It had been years since he had been there and tasted their corned beef hash, chicken-fried steak and other hearty comfort food. So he pulled in, parked, went in and ordered.

He could feel his shoulders relaxing. The energy from the warm breakfast was refreshing his tired, old body. But then he would remember what was wrong, and tension would return. He felt very, very alone. He hunched over his food.

All of a sudden, he saw two familiar, friendly faces with a big smiles appear at his table.

They were relatives of his daughter-in-law, there on vacation, who had happened to choose Keedy’s out of the hundreds of area restaurants.

Better yet, the “Mr.” of this couple happened to be a “Dr.” — an internist – a physician who is a diagnostic expert. He was like an encyclopedia of medical knowledge.

He also is a former chief of staff at a hospital – supremely well-acquainted with hospital routines, procedures and policies. Above all, he was able to communicate complex medical situations in laymen’s terms with clarity, warmth and a friendly smile.

They sat down. The old man started to share what was on his mind and heart. It was so good to have people to listen to him.

The encouragement gained by this coincidence was palpable. He could feel his mind, body and spirit replenishing strength as he vented to these friends about everything that had gone wrong, and why he was confused and frightened.

They nodded with great empathy. They encouraged him every way they could. The positive, kind, relaxed and knowledgeable doctor answered all the older man’s questions, clarified what was foggy, and praised him for all that he had done to care for his ailing wife.

They had only come in to Keedy’s for the 2x2x2’s – the signature dish of 2 pancakes, 2 eggs and 2 sausages. But the good that they did was . . . exponential.

They really built him back up, so that he could return to his car, go back to that hospital, and hang in there, come what may.

That breakfast was a meal for his spirit just as much as for his body.

The coincidence showed, once again, that:

Just when you think you’re all alone in the midst of a terrible trial, God sends a messenger.

Just when you think you can’t do something anymore, God shows you that you can.