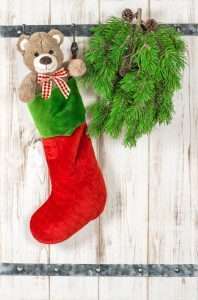 For the Son of man is come
to seek and to save that which was lost.

When I was little, I had a fuzzy stuffed kitten named ‘’Pinky.’’ We were inseparable. Because I was weird, I chewed off half her fur. She was unsightly. I adored her.

My husband had a little panda bear, ‘’Tony,’’ stuffed with straw. He crackled under his head when he used him as a pillow. He, too, was humble but beloved.

Our oldest daughter Jordan has a ‘’Tony,’’ too. He has been torn apart and patched together, barfed upon, and dropped from a car. She’s a grown woman now, yet Tony still has the place of prominence on her bed. The next daughter had Puppy. The next one had Bonkey and Blankey.

These are not love objects. These are loved ones.

That’s how it was with Jenna and her Snuffleufagus.

Jenna is our dear friend and All-State softball pitcher. She’s a teammate of our daughter Eden. Back before Jenna got so tough on the mound that opposing batters got knock-kneed facing her, she was a sweet little blonde girl with a constant companion, “Alice.”

The toy was plain and brown, but cuddly and a good listener. She was the younger sister of Snuffleufagus, the woolly mammoth on Sesame Street. So I guess that was her last name.

One year, close to Christmas, Jenna got to go shopping with her dad. They went to the Crossroads Mall in midtown Omaha, the busiest place around.

Jenna tucked Alice under her arm, and hauled her from store to store. She remembers cradling her on the kiddie couch at Sears, watching TV while her dad shopped nearby.

They got home, and you guessed it. She no longer had Alice. Alice was lost! Where was Alice?

They rushed back to the mall and retraced their steps. They checked everywhere they had been. EVERYWHERE!

They left their phone number with every merchant, and walked dejectedly back to their car. Jenna would face bedtime without Alice for the first time in her young life.

She tried to be big about it. ‘’Maybe some OTHER little girl found her who really, really needs a friend.’’

But her father saw that she had great, big tears in her eyes.

Surely anyone who found Alice would throw her away as a cast-off, a piece of junk. The situation seemed hopeless.

Somehow, Jenna got to sleep, but it was a battle. Somehow, she got through the days without Alice, but she was listless and quiet.

Then it was Christmas Eve. Jenna’s father knew that all the toys in the world from Santa wouldn’t add up to what Alice meant to his little girl. The stores would be closing soon. He couldn’t just let this happen without a fight.

So he fought traffic to the mall, parked in what seemed like New Jersey, put his head down into the cold December wind, and braved the teeming hordes in the cacophony of the mall.

And he found Alice in the Lost and Found box at Sears.

Next morning, when Jenna came downstairs and beheld what was tucked in her stocking, she got great, big tears in her eyes again. Because Santa had brought Alice back! Oh, wonder of wonders! Alice was BACK!

She didn’t see any of the other packages and toys. She only had eyes for her faithful friend.

Reunited, and it feels so good! That night, hugging Alice, Jenna fell asleep in a flash, smiling blissfully.

When she goes off to college next fall, no doubt Alice will have the place of honor in her dorm room.

Now, to me, that’s the Christmas story in a nutshell:

Someone precious is lost. A father acts. What was lost is found. There is joy. There is peace. There is hope. Together, forever.

This Christmas, ask yourself: are you in the place you want to be? Or are you lost?

Someone came, that first Christmas, to look for you. He’s still here. You may be a little worse for wear. You may look like nothing special to most everybody else. You may not think you are very loveable. You may be weird and missing half your hair. Doesn’t matter. Done a lot of bad stuff? Not important.

To Him, you are priceless and much beloved. If you aren’t with Him, you are missed. You are a living Snuffleufagus. He wants you to be His, forever.