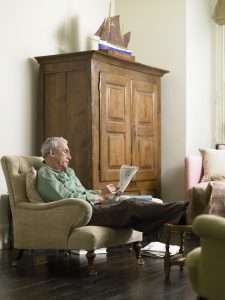 If a man vow a vow unto the Lord,
or swear an oath to bind his soul with a bond;
he shall not break his word,
he shall do according to all that proceedeth out of his mouth.

They were the boys of Old Rockbrook. It’s now a central Omaha neighborhood, but then it was a rural haven on the outskirts of town. My father-in-law, Hugh Williams, and Larry Donarico were friends from the time they were little kids. It was back when you could be gone all day and half the night, and your parents didn’t know where you were, but that was OK. You were safe. What a concept.

Hugh and Larry rode bikes, swam, played hooky from school, went on overnight camping trips, and ice-skated on the outdoor ponds. In the fall, they started vacant lots on fire for the great smell. They played football in a schoolyard full of cockleburs, and listened to baseball games on the radio on Larry’s second-floor screened porch.

They raided watermelon patches, tomato gardens and apple orchards. They caddied at the old Happy Hollow Club. They hitchhiked to town and back, staged BB gun fights, went fishing, joined Boy Scouts, and took in movies downtown. They hopped freight cars and slept out all night on the ground. They drank beer to see who could hold the most, and they held their breath under water ‘til they almost popped to see who could stay under the longest.

They were Tom Sawyer and Huck Finn one day, and Batman and Robin the next.

They played together, and they fought together. Boys will be boys, and they were feisty and competitive.

One day, though, when they were about 9, they made a solemn pact. Never, they said, not ever would they ever fight again. They would always stick up for one another.

Then they shook hands, very solemnly. It stuck.

Oh, the years went by, and they hung tight at University. But then Navy service kept Larry from being Hugh’s best man, and Army service took Hugh to Japan. Wives came along, and children, and careers, then grandchildren. They stayed in touch with phone calls and such. But you know how it goes.

Larry retired and lived in San Diego. Hugh retired and lived part-time in the Palm Springs area. Right before one Christmas, Hugh got a call: Larry had been diagnosed with cancer, and it was advanced. He’d kept it from him because he didn’t want sympathy. Typical.

Hugh and Larry talked on the phone for 15 minutes. Larry whispered as loud as he could because his voice box was gone. Hugh’s heart was pounding, his throat choking up. Larry told Hugh he wasn’t giving up, that he had faith in God, and that he would whip his cancer.

Hugh had arranged to drive over the mountain to see him the day after Christmas.

Late Christmas Eve, Hugh was having trouble breathing and couldn’t sleep. He said he must have shot a whole bottle of saline solution into his nostrils. It had no effect whatsoever. He’d always gotten immediate relief before. It was strange.

Finally, he got up at 3 a.m., and worked crossword puzzles. By 5 a.m., his nasal passages cleared. He went to sleep.

It turns out that, over that mountain range that silent night, it was the same story. Larry hadn’t been able to breathe or fall asleep on Christmas Eve, either. He also got up. He also worked crossword puzzles.

And in the morning, Christmas morning, his wife Pat drove him to the hospital . . . where he died later that day.

So both old friends were doing crossword puzzles that sleepless night, a strangely beautiful coincidence.

I have no doubt about the purpose of that coincidence. The Holy Spirit was showing Hugh that the bonds of friendship are eternal. That boyhood promise, sealed with a solemn handshake? It’s still in force. Vows that are kept are vows that never die.

And someday, a long time from now, I hope, there will be two carefree rascals playing and exploring again in the fields and valleys we can’t yet see.

The boys of Old Rockbrook . . . together forever. †