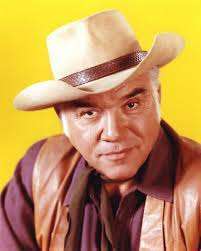 My friend’s father-in-law was a paratrooper. During World War II he landed at Normandy and won two Purple Hearts. He married, reared five children and worked hard. He was a stickler for being on time and giving your best every day. The stoic type, he had a calming effect on everyone around him. If he was there, you just knew everything was going to be OK.

An all-American kind of guy. The salt of the earth.

Widowed for more than 10 years and hard of hearing, he developed colon cancer. Eventually, the call went out: Dad was in hospice and was not expected to live through the night.

The five adult children and their spouses rushed there. They were grateful to arrive in time to say goodbye, and to have one last chance to lead him to saving faith.

You see, their Dad had had his share of ‘’stuff.’’ And he had “stuffed” a lot of feelings about things like faith. Although he was good and kind, he didn’t discuss spirituality. He wasn’t one for going to church. The kids were all five believers, strong Christians. But they weren’t sure their dad was.

Now it was crunch time.

Oh, man, why had they procrastinated on this? There were a lot of Scriptures read and prayers said over him, as he faded in and out of consciousness, under heavy sedation for the pain.

Can you “cram” for eternity?

They encouraged him to accept Jesus as his Savior so that he could be in heaven with their mother again. They weren’t sure how much he heard, though.

They told sweet stories about their childhood: how once this tough paratrooper had fallen asleep on the couch and his daughters wound his hair into pincurls and painted his toenails.

How, when his son announced at a family dinner that he had asked my friend to marry him, the old man’s immediate retort was: ‘’What’d you wanna do THAT for?’’ They were shocked. Then they howled with laughter. He was only kidding.

He was gruff. He dealt out discipline. But when they messed up, he always went ‘way out of his way to show them he loved them. In his rumbly voice, he would pat their back and say, “Everything’s going to be OK.”

And now he lay dying. Would everything be OK for HIM, eternally?

About midnight, he woke with a start. He was feverish, struggling to breathe. They assured him they were there and they loved him.

A nurse gave more IV morphine. It knocked him out. It wouldn’t be long now.

Everyone stretched out with a jacket or blanket over them. Most dozed.

The TV was on, very low, tuned to a rerun of the 1960s TV show, ‘’Bonanza.” My friend, a nurse, periodically took her father-in-law’s pulse and monitored his breathing.

The others gathered near. Realizing it was the end, they touched him, saying ‘’goodbye,’’ weeping.

There was a pause.

Suddenly, the TV blared out very loudly, with a man’s rich voice singing:

The song continued. As they watched, the old man closed his eyes and
breathed his last.

No one had moved a muscle. No one had touched the remote control or the volume button. No one had even been looking at the screen. That TV had blasted out that song all on its own. But they knew it was no coincidence.

Who was singing on “Bonanza”? Lorne Greene – who played “Pa.”

The TV’s loud message was audible to a hard-of-hearing man at his moment of greatest decision, his last chance to take that leap of faith — the leap that can make a parachute jump out of a plane look easy.

They were sure he took that leap and believed, before he died. They rejoiced.

Amazing grace / how sweet the sound / that saved a wretch like me.

They’ve tried to track down the ‘’Bonanza’’ episode with that song, to get a copy of it. They can’t find it, although they all remember Lorne Greene singing on that show from time to time. My husband remembers the episode, too. But no matter. It is now a cherished mini-miracle in that family, a story that will be told over and over.

What a deathbed scene: an all-American kind of guy surrounded by loving children, while the all-American father figure on America’s favorite TV show sings everybody’s favorite song of faith.

It wasn’t exactly during prime time. But it was right on time.

Morning was breaking. They suddenly realized something:

It was Father’s Day.

And, like their father always said: everything was going to be OK. †