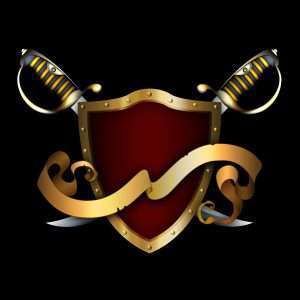 And ye shall know the truth,
and the truth shall make you free.

It was like bombs going off, a thousand firecrackers right in front of her face. The wife had just found out about her husband’s longstanding affairs, lies and deceit. He told her he didn’t love her any more and wanted a divorce.

He had treated her so badly she felt as though he had cut her open from stem to stern and eviscerated her.

She had tried to make things work, apologized, gotten counseling, and tried to see things his way. But it was all for naught. He was gone from her – cold and distant, his mind made up, and getting angrier and angrier that she was still trying to save their marriage.

The emotional abuse got so bad that, one Friday afternoon when their children were at school, she decided to drink Drano to put herself out of her misery.

. . . she waited for just a few minutes to listen to her favorite preacher on Christian radio, one last time.

While she teetered on the brink of suicide, devastated and exhausted, she listened to his powerful, uplifting sermon. It was aimed specifically at her:

She let it save her life. She didn’t drink the Drano.

In various ways, including a frightening dream, she knew the Lord was trying to tell her that if she stuck with her husband, the consequences would be deadly for herself and her loved ones.

She had to let him leave her and endure a difficult, unfair divorce.

Soon thereafter, the husband ordered her to meet him at a restaurant, but refused to say why. She asked friends to pray during the whole meeting. For the first time in a long time, she was able to sit fearlessly, peacefully, attentively and quietly across from him.

He went into a diatribe, listing all the things that were “wrong” with her, repeatedly claiming that she had contributed NOTHING to their marriage, had been NO support to him, and NO help for his career. He threatened to make sure she never saw a penny in the divorce, bragging that no judge would side with her.

As his rage went on and on, though, something amazing happened.

They looked like cream-colored satin with embroidered, blood-red, script letters from the Middle Ages. They were fancy, eye-catching, festive and beautiful. But that was deceptive, because what was written on the banners, labeling his behavior, were very ugly:

She realized that those banners represented the very real deception that draws people into Satan’s snare. Whatever looks good and feels good can hook you in and get you so entangled you’re trapped. Imprisoned. In bondage.

That’s what had happened to him. God was just giving her a glimpse of the spiritual warfare that constantly goes on, sight unseen, in every person’s life.

As soon as the last banner unfurled, she looked up, and saw Satan standing behind her husband with his arms wrapped possessively and protectively around his shoulders, snarling for her ears only, “He’s MINE!”

Then poof! The vision was gone. But she knew then that it was a battle she could not win.

She saw at last how he was in a prison of his own making, while she was the one who was safe, secure and free, in God’s protective and loving embrace.

She knew then that she had to let go and get out of God’s way, even though she was scared, so that God could deal with him. She hoped that, one day, God would set him free of the evil in which he was embroiled.

Those weren’t banners you’d ever want to salute. But she thanked God for giving her a glimpse of what was going on behind the scenes. †