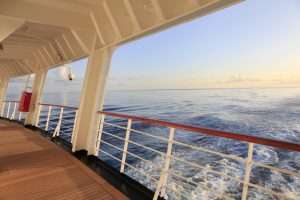 For the Lord, the God of Israel,
saith he hateth putting away. . . .

He was leaving her for another woman. He was demanding a divorce. Thinking of their kids, she didn’t want it. But he did. That was that.

One of her friends took up tae kwon do. She hoped to catch him in an alley to deliver a few swift kicks you know where.

Another came over with a bottle of wine in each hand and a sympathetic shoulder. The wine flowed in; the tears flowed out.

The “First Wives’ Club” suggested silver pistols at 20 paces, stocks and pillories, WWF moves such as the airplane spin and the sidewalk slam, and that Crazy Glue thing . . . or was it that Lorena Bobbitt thing?

Anyway, for once, I didn’t join in. I’m fed up with divorce and broken homes.

This time, I did something radical. I prayed . . . for the other woman.
She was someone the wife knew. The betrayal was double.

I prayed to open her eyes and her heart, and to end this hurtful affair. “Dear God, help her see what she is about to do to the lives of this mother and her two children. Help her to back away from this. Bless her to the max if she does.”

Nothing happened. Weeks passed. He moved out. The soon-to-be-ex-wife went through her days like a zombie. There were a few failed attempts at counseling. The kids pinged from being stonily silent to hyperactive.

The proper approach is to hope for a reconciliation up to the moment the papers are signed, and even then, to hope there’s no ink in the pens.

Well, I still had hope, because nobody had filed for divorce. But I’d pretty much forgotten about my prayer until the soon-to-be-ex-wife got back from a Caribbean cruise. She had arranged it for herself and the children, a much-deserved treat to cushion that first Christmas apart.

They flew to a faraway coastal city to board one of those huge cruise ships. They settled into their cabin. The kids went to swim.

The soon-to-be-ex-wife sat by the pool with a book, then got in line for an ice cream cone. All of a sudden, she stiffened, craned her neck toward the front of the line, and gasped.

It was The Other Woman!

What does this mean?

Her estranged husband knew what ship she and the kids would be on. Did he book the same trip for himself and this woman for some incredibly cruel in-your-face?

But who were those people the other woman was talking to?

What was going on?

She was too shocked to do anything more than get her ice cream and go back to her room to compose herself.

A while later, she came out to get her swimmers. She turned a corner in the hallway right outside her cabin . . . and came face to face with The Other Woman.

It was a Dostoevsky moment. But all she could say was: “Hi.”

“Hi,” the woman replied. “I knew you were on board. I saw the kids playing in the pool.”

Turns out the woman’s parents take their adult children on an annual cruise. They just happened to pick the same one she did. Their rooms were right around the corner.

The same cruise, out of how many that winter? Out of the million people on the water that week? Out of the hundreds of cabins on such a big ship, they were practically next door to each other?

Divorce will do that to people. Sorrow, grief, regret and shame make it pretty hard to stay afloat on both ends of these tragedies.

The thing is, The Other Woman got an eyeful of just what was at stake and who was involved, that week. My prayer was answered, to that extent. She knew exactly what she was doing and what the consequences would be. I can’t imagine what God could have done to make it any clearer. But she persisted in breaking up the marriage; the divorce went forward anyway. It was pretty unbelievable.

The story inspired me to try to be extra tender and loving to all those affected by divorce, whatever end of the pain they may be on. Let’s reach out to all those whose life cruises have had to change course because of that titanic, ever-expanding shipwreck known as divorce. Let’s pray for them. Let’s do things for them. They’re everywhere, in every family, every classroom, every workplace.

They all need to know that life and love still sail forward, full speed ahead. There are still adventures and fun just over the horizon. And they can be on board no matter what their marital or family status is.

There’s a sea of people out there, a sea of problems, a sea of troubles. But matey, keep in mind: we’ve got a Cap’n who loves us, each of us, no matter what, and He’s still at the wheel . . .