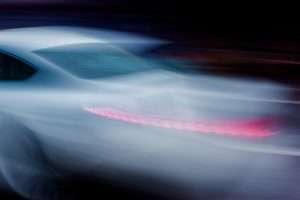 He that is hasty of spirit exalteth folly.

We should have known it was going to be one of “those” trips. We couldn’t even get the name of our destination right. We told everybody that we were going to “Walt Disney World” where we would visit “The Magic Kingdom.”

Our relatives who live in Orlando laughed like crazy when we used those terms. Rubes! Hicks! Nerds! Out-of-towners! Tourists!

NOBODY calls it “The Magic Kingdom.”

EVERYBODY calls it “The Mouse.”

We did the same thing in Boston. We said we wanted to go to “Cape Cod.” Eventually, we were courteously corrected: nobody calls it “Cape Cod.” It’s “The Cape.” Of course, I got mixed up and kept calling it “The Cod.”

Then we found out that there’s no such place as “Palm Springs.” When you go there, you say that you are “On the Desert.” ‘Course, that always made me think of crawling around on hands and knees among snakes in the blazing sun with a canteen clunking around your neck. But oh, well. You gotta know the lingo.

So: we were on our way to Disney Wor, uh, that is, The Mouse.

We were only going to do this once. So we wanted to do it right. We were going the same week as several other families we knew.

Each family made a vacation schedule with synchronized movements of personnel and materiel that rivaled the battle plan for D-Day. Maps? Check. Backpacks? Check! Restaurant reservations? Check! Sunscreen? Check!

We scheduled several joint outings and meals with these friends. We had each vacation day organized down to the minute so we wouldn’t miss a thing. Rise and shine! Move, yew maggots! Chop, chop, chop!

We rented a car and drove to the various venues every day. We packed water bottles, tissue, bandages, postcards, stamps, extra film, safety pins, breath mints, binkies, etc. etc. It was out of character for us to be so organized. Something had to snap.

On the last day, it did. Exhausted from so much relaxation, we overslept. We had to leap into clothes, hurl ourselves into the rental car and race to the parking lot at EPCOT to catch the monorail to our breakfast with friends at The Magic Kingd . . . uh, I mean, The Mouse . . . some miles away.

If we missed that monorail, we’d get (GASP!) behind schedule.

The rental car lurched into a parking spot at EPCOT. All eyes focused on the monorail coming toward us in the distance. We had a chance to make it! Run! Our feet hit the pavement before the car even stopped. We morphed from a tired family from Omaha into super-hero action figures with amazing speed. Hooray! We made it onto the train!

We enjoyed the breakfast, had a full day, and wound up back at EPCOT for the lightshow after dusk. Wonderful! We limped weakly but happily back to the rental car.

But it was locked. And my husband couldn’t find the key. Oh, no!

We searched everywhere. Had the key fallen out of his pocket on the mini-boats? On the teacups? On Splash Mountain?

Frazzled, he leaned up against the fender and put his hand on the hood.

OUCH! It was hot!

Brain King was perplexed, then mad:

“Heyyyy! Somebody must have PICK-POCKETED me! And taken the key! And figured out which car was ours! And took it out for a joy ride! All day long! And parked it back in the same spot right before we got back! And then locked it and took the key!”

Just then, a Mouse security guard arrived. With the key.

So HE was the pickpocketing joyrider? HUNHHHHHH?

No pick-pocketing. No joy riding. It seems we had been in such a big hurry to make the monorail that morning that my husband had slammed the car door with the key still in the ignition. We had left the locked car still running.

The guard had driven by at dusk, saw that the lights on the dashboard were on, and figured out what had happened. He said it happens frequently down there, when families get distracted from cramming too many activities into one day.

So he knew what to do. He got a hold of a locksmith, got the car turned off, safeguarded the key, and even put a couple of extra gallons of gas in the tank. That way, the engine wouldn’t fry, and we could get back to the condo.

Wow! What a guy! We thanked him profusely.

Good thing it was dusk. No one could see how red our faces were, and not from any Florida sunburn. Fortunately, the car was OK, even if our egos weren’t.

We were back in character. Rubes! Hicks! Nerds! Out-of-towners! Tourists!

At least now we know enough not to call the place “The Magic Kingdom.”