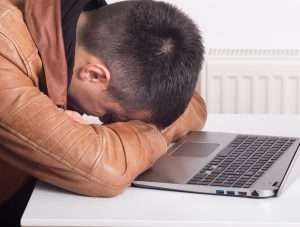 A man that hath friends
must shew himself friendly:
and there is a friend
that sticketh closer than a brother.

My old school chum John is one of the nicest guys you’ll ever meet. As a child and a teenager, he had a lot of success in school, a lot of interests, and a lot of friends. He grew up in one of those all-American families: a great mom, a great dad, and two nice younger brothers. In fact, his only regret seems to be that his “little” brother Biff is now 6’6” and a real “beast.” So John wishes he hadn’t hung him on the doorknob by his Fruit of the Looms so much when they were young boys.

We went our separate ways for many years. But we recently reconnected on Facebook. Since then, we discovered something else that we have in common: both of our moms have battled cancer. His mother, in her 80s, took chemotherapy for stomach cancer here in Omaha. John, who lives in Michigan, flew in to be with her as much as he could. Such a great son; he got to know the Omaha airport very well.

In a blog he set up for her friends and family to keep tabs on her treatment and “pray her through,” he wrote with warmth and honesty about the faith and fears that are so much a part of anyone’s journey through cancer. He was not surprised to find how much his mother remained in character throughout her ordeal.

For example, his dad calldc her chemo center the “sorority house.” John was honored to go with his mom for treatment and meet her “sorority sisters” – the patients and medical workers who went through this together. He loved meeting those who have been touched so much by his mom and vice versa.

The receptionist didn’t just greet her; she threw her arms around her. The doctor didn’t just talk with her about her medical situation; they exchanged cute anecdotes about their families. His mom knits and has made countless baby blankets for orphans and others. One of the other patients who is unable to knit any more still delights in finding yarn on sale and often gave John’s mom a laundry tote-sized supply.

They shared in each other’s journeys. They’re knit together in love.

The sense of community was strong. John could tell it was helping his mom cope, and that she was helping others even more, just by being her friendly self.

John watched his mother go through life making instant friends with everybody she met, learning their names and their life stories. He was glad to see her keeping up that lifelong habit despite her medical challenges. He says, “Chemo stinks – but it provided yet another opportunity for Mom to connect with others, demonstrate her faith, and show compassion to strangers.”

The BAD news is, eventually, she hit that chemo wall.

During John’s last visit, she was very, very sick. She slept through most of the weekend and was unable to talk much with John. Her chance of infection was sky-high, so no more visitors were allowed to come.

She voiced her main wish, that she not be a burden to her husband, family and friends. She nixed elaborate additional treatment. So during that visit, the stark reality hit John that she would probably die, and soon.

The world turned upside down for this feisty prayer warrior. He usually is the one doing the ferocious prayer for others. This time, he pleaded with all of us to pray for her, and for him and his family.

In his blog, John wrote this poignant note:

“Note to self: ‘The way to love someone is to realize you could lose them tomorrow.’”

So it was with a lot of tenderness mixed with fatigue and some fear that he sat in Omaha’s airport after his last visit. He had a few minutes to spare before his flight home to Michigan.

He’s a sophisticated, hard-working businessman, and he has a strong Christian faith. Even though he must’ve been exhausted, he still wanted to use his time thoughtfully for his mom.

So as he sat there and waited, he put in a little quiet prayer time.

He thought of all the people who were praying for his mom, grateful for their efforts. But his mind started casting about for some more prayer warriors upon whom he could call. You know how it is when a loved one is really, really sick: you pull out all the stops, call in the big guns, go the extra mile to do everything you can possibly do.

He had become a pastor and rose to become a very high-ranking member of his denomination. His father had been a beloved, longtime pastor in Nebraska, too. He was the equivalent of a Christian rock star in our state. Like John, David had been one of the nicest guys in our class. He would help! He would pray!

What a good friend to touch base with at a time like this, John thought. But he had long since lost touch with Dave. So he turned on his laptop and started Googling numerous websites, trying to find a phone number or email address for his old friend.

Because of his prominent church position, Dave had quite a few mentions online. But try as he might, John couldn’t find any personal contact information for him. He searched through website after website, but couldn’t find a way to get in touch with Dave. He was disappointed. Dave would be such a strong ally during this tough time. What a shame he couldn’t find him. He really needed to talk to him.

Just then, John heard a familiar voice directly behind him.

He turned and looked. You guessed it: it was David D., talking on his cell phone, RIGHT behind John in the airport seating.

Found him, after all!

John tells it this way:

“Unfortunately, we didn’t have time for anything other than a bear hug and business card exchange. He was going to Memphis and I was off to Detroit. Three minutes more and we would have missed each other. He had a good laugh when he looked at my laptop and saw his own picture on the screen – a ‘God Moment,’ he called it.  What are the chances?”

Well, John, knowing you both, I’d say the chances were 100%. The Lord would certainly want two of the nicest guys in the world, both of whom are living lives that honor Him, to be blessed by this outrageous “God-incidence.” He would never let you down.

What a friend we have in Jesus! How close He is to us, throughout each day, all the time!

I just found that so wonderful and encouraging. The Lord was there for John’s dear mother in that “sorority house,” helping her through chemo even when John couldn’t be there. The Lord was right there with John in that lonely airport seat, responding immediately and unmistakeably to his pain and profound need to connect.

He was right there for you, too, Dave. If you ever have the shadow of a doubt whether your hard work in the ministry is worth it, remember this “God Moment,” and all the others you’ve experienced. Hope they keep you going, so you can be strong when people need you.

We’re glad you found each other, guys, and could stay close through this trial. Yes, John’s mother did soon pass away, but part of the consolation and assurance he experienced during that difficult time was that his dear old friend was inches away when he really, really needed him.

When you live a life that invites Jesus to be close, He stays close. Closer than your oldest friends. Closer than a brother. Closer than the seat behind you at a crowded airport. As close as right inside your heart. †