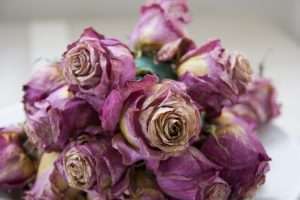 This is the time of year that parents of pretty girls love. Teenage boys are rutting — not antlers, but football helmets. That can only mean one thing: the Homecoming Dance is near.

When the typical boy comes over to pick up your daughter, your typical American home suddenly morphs into the Addams Family mansion, complete with harpsichord doorbell. You open the door to them, and instead of pudgy, normal, middle-aged parents, he sees ominous Morticia and Gomez, eyes boring into his skull.

It doesn’t help that my husband always borrows a shotgun this time of year and is conspicuously cleaning it as the boy arrives, brandishing it and fake-aiming it with a confident squint like Chuck Connors on “The Rifleman.”

When the beautiful daughter appears in her lovely dress, the boy’s eyeballs usually pop out and bounce and roll on our hardwood floors. That’s how we tell they’re still plumb. The floors, not the boys.

At this point, the boy usually turns to me with pleading body language and shaking, like a dog at the veterinarian’s who got shots there last time. I can tell how desperately the boy wants me, instead of him, to pin the flowers onto the molecule of fabric available on our daughter’s bodice. I can tell this by the degree of oscillation of the baby’s breath on the flowers he’s holding. I mean, it’d make a great physics experiment.

Eyeballs retrieved. Flowers on. Pictures taken. Off they go. Whew!

Bringing flowers to a pretty girl for a big dance is a wonderful American tradition, especially if you’re a florist. Flowers are supposed to symbolize the boy’s honor and esteem for the young damsel. But sometimes, things go wrong. ‘Way wrong.

See, there’s this funny guy we know who had a big date for Homecoming one year. He brought a promising white corsage box into his date’s home. Her parents lined them up in front of the fireplace and beamed as he opened the box and started pinning on the flowers. Much to everyone’s surprise, though, the flowers were dry, crusty and brown.

Her father took one look. “But they’re DEAD!”

Her mother saw, too, but figured the boy must be poor and able to afford only a recycled corsage. On sale or something. She elbowed her husband to shut up.

The girl was confused. She felt sorry for her date, thinking the florist had made a terrible mistake. She didn’t want to spoil this wonderful evening. Just grin and bear it.

Her father pointed the camera at the young people, but continued to exclaim, “But they’re DEAD!!!”

Her mother felt sorry for her sweet, shy daughter, anticipating the long evening of pitying stares and sarcastic remarks from the other adolescent smart-alecks once they got a load of the dead corsage. But she continued to elbow the father to shut up and pretend all was well.

The girl was thinking, “And here I thought this boy was such an ace. Oh, well. Maybe it’ll fall off. There are worse things than going around with dead flowers pinned to your chest. I’ll think of one. Maybe.”

The young people went out the door. The father stood on the step with his pronouncement echoing after them: “But they’re DEAD!!!!!”

But there’s more. On her seat in his car was another promising white corsage box. Inside was a gorgeous flower arrangement, fresh, colorful and alive. She took it out and looked at him. He said, “I wanted to play a joke on you.” They burst out laughing. It was love.

They have been married for over 40 years now. Bad flowers make good marriages.

Nevertheless, tell your sons, this Homecoming season, to not overthink the flower part of the evening. Concentrate on the girl. You never know: what could be blossoming is true love. †