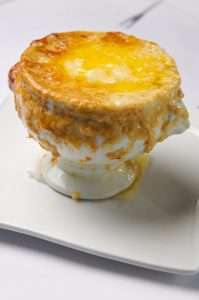 Now I beseech you, brethren,
by the name of our Lord Jesus Christ,
that ye all speak the same thing,
and that there be no divisions among you;
but that ye be perfectly joined together
in the same mind and in the same judgment.

I guess we should’ve seen it coming. Our family is notoriously hard on “suitors” of the young women among our ranks. To make sure they will fit in, we want to find out if they’re crazy enou . . . I mean, whether they have sufficient poise, confidence and a sense of humor to survive among us.

It’s a long-standing tradition. An uncle and two scheming nephews once shattered the nerves of their teenage daughter/sister’s new boyfriend when he arrived to take her out on a date. They asked him a whole bunch of questions, and then told him, “We’re going upstairs to write down your SCORE!!!”

But in the category of Boyfriend Testing, nothing will go down in family lore so much as last weekend’s incident at a very nice place in Lincoln, Neb.

You see, our third daughter, Eden Elizabeth, was receiving her bachelor’s degree from the University of Nebraska-Lincoln. Her sister Jordan had flown in from Chicago for the occasion. Her then-boyfriend and now-husband Zack came up from Kansas City. Her grandmother and aunt and uncle were going to join us for lunch afterwards.

Thousands of extra people would be in Lincoln over lunchtime that day. Where could we find a table for 10? I had procrastinated on making reservations, and was beginning to panic when I remembered that the country club we belong to in Omaha has a reciprocal agreement with one of the oldest and finest ones in the Midwest, the Lincoln Country Club.

It was swank! It was dignified! It was near the university! It would be a perfect setting to honor Eden.

We got there, and the table for 10 was perfectly appointed, with a view of the gorgeous spring day. Eden was lovely in her yellow dress with a dozen yellow roses from us, presented by her younger sister. Her boyfriend was seated to my right. We ordered off the elegant menus, and chatted. It was going swell.

And then they started serving our food. Salads, pasta entrees, and last, but not least, here came Zack’s French onion soup. Reportedly, it was his favorite.

Out of the corner of my eye, I saw him pick up something blue from the side of the plate. A small pair of plastic scissors? With an engraved plate, “Lincoln Country Club”? He tried them out for a few snips. I peered a little closer. Both of us were puzzled as to what they were for.

Across the table came a loud chortle. Everyone stopped talking.

All of our heads snapped to attention at the apparently rude comment from our petite, demure and usually perfectly-mannered sister-in-law/aunt.

Then we all gazed at the scissors in his hand, and realized that they were for cutting any long strands of cheese that extended from the French onion soup bowl when he took a spoonful.

Ohhh! THAT kind of cutting the cheese!

So much for country club manners. We were off to the races. There was no holding back the torrent of wisecracks:

“I’m going to spread it all over town that Eden’s boyfriend cut the cheese right in the middle of the Lincoln Country Club!”

Our whole table was in hysterics, in an uproar, there in the posh, sedate Lincoln Country Club dining room.

Too late, I realized that we could be embarrassing Zack past the point of no return. Did he understand that we were laughing at the situation, and not at him? Was our humor too coarse? Would he break up with Eden then and there because of her insane family and their, well, cheesy jokes?!?

Everyone else, seeing me suddenly look solemn, fell silent. Uh ohhhh. Had we gone too far?

That’s when Zack grabbed the blue plastic scissors, held them up, and said, “Look! They’re monogrammed! They say ‘Lincoln Country Club’! I’m going to get my own pair made up, for when I cut the cheese at home!!!”

And with a happy grin and great savoir faire, he picked up his soup spoon high in the air with a long strand of cheese dangling from it . . . and cut the cheese with a flourish.

My daughter and I exchanged a glance.

Not to belabor the pun, but in that moment, he “passed.” †