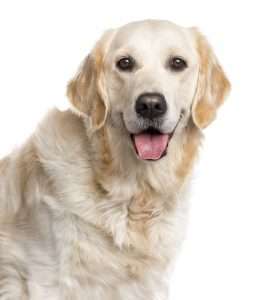 (T)hey shall lay hands on the sick, and they shall recover.

Some friends of a friend had fallen on hard times. The dad was working two jobs and really struggling.

Meanwhile, the mom was juggling a tight budget with the needs of three small children. There was a lot of mac ‘n’ cheese being served. Not many toys being bought. And not much relief in sight.

But everybody was healthy, and the kids were happy, because they had a wonderful golden retriever named Molly. Love and joy in a blonde fur coat! In their world, all was well.

Then one busy morning, the mom packed the kids into the car in a hurry. They had to be somewhere. The garage door creaked open. She gunned it, backwards, out of the dark garage and down the driveway.

She ran over Molly.

The dog ran a few steps and slumped to the dirt, yelping and whining in pain. The kids screamed. The mom’s heart sank. She jumped out of the car and saw the blood and the crumpled body. She knew it was bad.

“Don’t look, kids,” she commanded, tears streaming down her face.

She ran inside to call her husband, choking out what she had done. “Oh, Honey,” he said, “we can’t afford vet bills right now. Where are we going to get the money? We just can’t do it.”

“Well, what do you suggest? The kids are hysterical!” she shot back, throat tight.

“You just go on ahead to your appointment,” he said calmly. ‘’Don’t let them look. I’ll take care of it.”

All sobbing, they drove away, the kids with their heads in their hands. It was crushing to leave Molly by the side of their driveway.

A short while later, the man of the house pulled up. Heart pounding, he walked up to the dog, by now breathing rapidly and shallowly. He had picked her out of the litter. It was love at first sight. He loved to watch her romp and play. Now, he couldn’t bear to look at her.

He picked her up and carried her into the shed. He went to get the shotgun.

His hands shook as he loaded it. He turned and aimed.

He couldn’t do it. He lowered the gun, then let it slide to the ground.

He’d never done anything like this before. But somehow, he was thinking of his childhood Sunday School stories about Jesus laying His hands on sick people, and making them well.

He knelt by the dog, and firmly placed his hands on her shivering sides. “Jesus, I don’t know what else to do,’’ he whispered. ‘’We all love her so much. I haven’t asked You for much, but I’m asking You now: let her live. Let her get better.’’

Nothing happened. She continued to whimper. He went inside, got an old blanket and a pan of water, and left. What else could he do? She would have to be on her own.

Days passed. The kids weren’t allowed in the shed, but they prayed as hard as they could. Only the mom and dad came and went.

And Molly hung in there.

And Molly got better.

I never would have heard this story, except I shared with a friend recently how much I missed having a dog. Our beloved black lab Shadow died nearly two years ago, and the aching gap in our lives needs to be filled. Best bet: a puppy . . . love and joy in a fur coat, brightening our lives again.

That’s when my friend told me about Molly, and how she had not only recovered, but she had recently had puppies!

Oh, to have one from such a special dog! But they were all spoken for.

But that’s OK. One of these days, we’ll get one of our own, and we’ll give our hearts again, completely.

When we put our hands on that sweet dog and look in to those big, brown eyes, we’ll think of Molly, and the heart that couldn’t shoot . . . with the hands that could only love. †