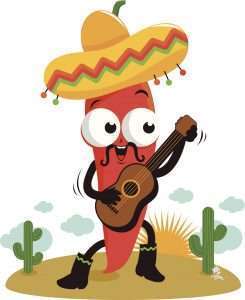 (F)or the joy of the Lord is your strength.

When Christians have a big problem that goes on and on and ON, we’re not supposed to strike back, cuss, kick the dog, stick pins in voodoo dolls, or any of that stuff. Revenge is forbidden. Hit men are out. Nunchucks, verboten.

All we can do is pray.

To the outsider, it might seem as if the Christian lifestyle is for losers. It’s too hard! It’s too passive! The bad guys are winning!

Ah, but then you have moments like mine, right before Christmas – moments that thrill you with the indisputable truth that there’s an all-powerful, all-knowing, all-loving God. And He’s on your side. And He’s got your back.

That’s the joy of Christmas. That’s the good news we celebrate all year long.

Just as He did that night in Bethlehem, the living God comes to us and abides with us. He comforts us and saves us, day by day. And He does it in exquisitely personal detail.

Just ask for His help. And prepare to be amazed.

See, we had been grappling for years with a complicated problem that involved money and one troublesome individual. I had nagged about it to God frequently, with repeated pleas and “suggestions” for what He should do to fix things, chop chop.

When He saw my prayer emails coming constantly onto His supernatural screen – “You’ve got mail! It’s that pest from Omaha again” — I’m sure He sighed, and deleted it.  Prayer spam.

I mean, He’s the living God, Author of the universe, the One Who perfectly engineers every circumstance. He already KNEW about this problem, in much more detail than I did. He knew about all the cascading consequences of this ongoing problem. You think He was stumped on how to help me? You think He FORGOT?

I knew He had His reasons for letting things drag on. It had to be that way. But it was really hard, waiting.

Then, a couple of days before Christmas, I got a phone call. We had some stunning good news. There’s been a breakthrough in this longtime problem! Typical of God, it’s a change I never would have imagined. It would do everybody involved a lot of good. It was a beautiful solution! As the old hymn goes, the strife is o’er, the battle won!

Elated, I jumped into my car to do errands. I mused back over all the hurts and all my worries. I rejoiced that they finally, finally might end.

Immediately, though, bitter doubts flooded my mind again. Naw. Can’t be true. It’ll fall through. You watch! We’ll be back to square one. Just my luck. I’ll be in this torture chamber the rest of my life.

Just then, a pristine white car changed lanes right in front of me. My eyes locked onto its license plate. I mean, I could not look away. It was as if I was commanded to look at that license plate:

My hands clutched the wheel. Because we were going to the Alamo Bowl in San Antonio, we were in to Spanish. Our Christmas card that I had just sent out featured our dog Sunny in a sombrero, with a play on words: “Feliz Navidog.”

Then there was that Roman numeral for two. It’s a long story, but “Two” or “Two Two” are my private little nicknames from God, for “Sue” or “SuSu.”  We communicate in a unique and unmistakeable way. Call me crazy, but it works. So that license plate meant:

Suddenly, I realized that on the radio at that moment was a jazzy Christmas carol. That was a pretty hilarious coincidence, too. The song was “Feliz Navidad,” the same song I had put on our electronic Christmas card to go with the funny dog picture. The song that matched the license plate on the car right in front of me.

I gasped. He was just making sure I knew that this solution to our money woes was real.

God! How do You DO that?

Tears flowed. My throat tightened as I rejoiced. I cranked the volume up and croaked along with the song, elated.

The white car sped away. At the next intersection I came to a stop beside a big, white truck. My eyes were powerfully locked, as by an outside force, onto its sign:

All that has been taken from you will be restored!

Oh, for heaven’s sake. Get a grip. You’re reading too much into this.

I continued to my destination 100 blocks away. I got out of my car, and started for the building to do my errand. But parked right in front was a gold PT Cruiser. It was from the same company. It bore the same sign:

Celebrate, SuSu! I know it’s been hard and unfair. But I’m going to make it up to you!

I came and saved you at Bethlehem, and at Calgary, and now I’m going to do it again. I’ll fix all the stuff that went wrong because of this problem. I’ll repair the damage. I’ll restore everything to you, and more.

Laughing, sobbing, I realized that I’d forgotten to use the strongest defense in the universe against my troubles. That is to rest in the joy that comes from the hope that comes from faith.

He is ready. He is willing. He is able. Trust His timing.

I broke out into the widest grin I have ever grinned. That’s what He wanted to see all along. That’s all He wants for Christmas, to see His beloved children happy.

Feliz to the world! The Lord has come!

And oh, the wonders of His love. †