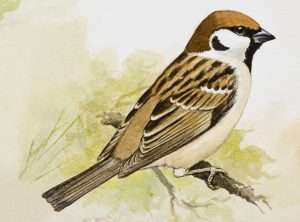 For as the Father raiseth up the dead,
and quickeneth them;
even so the Son quickeneth whom he will.

My family surprised me with a trip for all of us to California Wine Country to celebrate my big, bad birthday. Through their love and thoughtful planning, it transformed into the best birthday ever.

We stayed at a historic home that used to be a speakeasy and had a spectacular view of the rolling countryside. We rode bikes, toured vineyards, lazed around the swimming pool, tasted wine, grooved at an outdoor funk concert, and star-gazed with an astronomy club. On the last evening, they even rented out a winery for us to have a private birthday dinner that made me feel like a queen.

I was glad to learn that the oldest, most gnarly grapevines produced some of the best wine. Heyyy! Maybe my “vintage” years will be my best, too!

But then we came back home. Life returned to dull-roar normal. Then came the incredible, horrific mass murder of nine gentle people in a church in Charleston, S.C.

Like all Americans, I was very, very upset. That morning I had to drive Maddy, 15, to a writer’s workshop. We talked about the murders. She was as devastated as I was. Back home, doing chores, I listened in anguish to talk radio’s reporting of all the details of the shooting.

I prayed and lamented over how God could have let vile racism take over the mind of the young shooter. God, how could You have allowed those nine very nice African-American Christians to be slaughtered in church, of all places? Why didn’t You send someone to intervene? Why didn’t somebody get through to that kid before he snapped?!?

The after-glow of our beautiful trip was gone. Instead of wine, I was tasting the bitter vinegar of anger and frustration.

I had had to prop open both doors of our porch in order to carry a large number of big boxes into the house for a project. Sometime during the morning, a large robin had flown into the porch. But he didn’t understand how to get back out. He was hopping around on the flagstone floor and flying up around the skylights.

Our black raspberries were just ripening. Murphy’s Law was at work. The robin was leaving big splatters of purple droppings on the flagstone and table. Eww!

With only a few minutes before I had to pick up Maddy, I grabbed a broom and tried to sweep the robin toward the open door. He flew up into the air, but BONK! He flew into the glass window and fell to the floor, slightly dazed. I swept him toward the other open door. Again, he flew up, but instead of finding the opening, BONK! He hit the other window, and scooted behind a chair.

That’s twice now! That had to hurt.

“Come on, little birdie! Over here, birdie! Fly right through here and you’ll be free.” But he wouldn’t.

After a few minutes of trying to nudge him out and get him to hop onto the broom, I forcefully swept him toward the door. He flew up again. This time, he appeared to be heading straight for the open doorway. I rejoiced . . .

. . . but at the last instant he veered off to the side and once more — BONK! – flew head-first into the glass.

This time he hit very hard. He plopped to the porch floor, inches away from the open doorway. His head was curved at a very bad angle. He did not move. No sign of life.

I was only trying to HELP him, and instead, I KILLED him!!!!

I didn’t know what else to do, so I swept him onto the outside deck and shut the porch door. My Beloved would have to dispose of the body. I shivered.

Emotion that had been stirred up by the Charleston mass murders now pushed me over the brink. Tears stung my eyes. My heart pounded. Oh, Lord! Why, Lord? There is already ‘way too much violence and death in the world. Now this, on my own back porch!

You know I was trying to help him escape. How could You let him die, right before my eyes? How could You, Lord?

It struck me that this is exactly how Jesus must feel when people are in the process of becoming murderers. Instead of an open doorway, the Lord places escapes such as an astute physician, a caring school counselor, the right friends, maybe even song lyrics or movie scenes, which should instill empathy and respect for human life. But just as the robin ignored the escape routes, the minute fraction of humanity who become mass murderers either don’t see, or won’t see, their many better alternatives to battling and defeating their demons.

When they kill, it isn’t God’s fault. It’s in spite of God. He hates murder even more than we do. But He gave us free will for a reason. When we sin, big or small, we’re the ones responsible. Not Him.

The bird was flopped on the deck in the same position, with the neck twisted, as I pulled out of the driveway to pick up Maddy. I knew I had better warn her. So on the way home, I told her the whole story.

Again, she was devastated. “Oh, no! A robin! That’s the worst thing that’s ever happened in our house, Mom! Oh, that’s terrible! I’m so sorry you had to go through that! But I don’t want to see it! Oh, no!!!”

We were both on the verge of tears, our voices raised, commiserating about the tragedy. Then Maddy got practical:

“Oh, Mom, why didn’t you just leave both of the doors open? The bird would have figured out how to get free. . . .”

I interrupted: “Because I had to get him out of there quickly! He was PURPING POOPLE!!!”

We burst out laughing over the unintended twisting of the syllables. It was as if a dam of dark emotion burst. The laughter gave us both much-needed relief and a change of attitude. It was another example of God’s perfect timing, using the surprise of humor to bridge us over a very sad situation.

We drove up, and the bird was still dead. At least we could accept reality. By parking in the garage and going into the house directly, we didn’t have to walk near him.

We both peeked at him a few times through the window over the next half-hour.

Then I noticed that a slightly smaller robin was hopping around the dead one. Oh, no! The poor widow!

Maddy joined me to look at this other bird . . . and suddenly, the dead one changed positions! We could see his eye moving! His neck straightened out!

Hallelujah! He’s alive! Our hearts soared. But he wasn’t moving any more. Maybe he is still hurt. Maybe he can’t fly?!? We could get a little birdie wheelchair?!? Should we bring out a little bowl of water? Dig up some worms?

He sat in that same position for another 20 minutes or so . . . and then the next time we looked out, he was gone!!!

A miracle? We think so. I was so happy, I didn’t even mind cleaning up the poople that the bird had purped on our porch.

The probable reality is that he simply knocked himself out with that mighty “BONK!” into the window. I realize that.

But my spiritual side prefers to think that God took pity on the distress and lamentations of a tender-hearted mother and daughter, and brought that bird back to life just for us. That’s the kind of thing our God does. He loves to show us that His eye is on the sparrow, and the robin, and the Maddy, and the Mom . . . and the people in Charleston and all over this country and all over this world.

And He’s constantly engineering our escape routes to freedom and peace and forgiveness and joy and love, if only we will recognize them, and take advantage of them. That’s His job – to make a way. Our job is to take it.

It’s our job to point others toward those escape routes. How I wish the Charleston shooter had seen his alternatives, and pursued them. But he didn’t. What’s done is done. We can’t bring those nine people back to life. But maybe, through their story, we can bring nine MILLION dead sinners back to a life of grace and holiness. I think that’s what Jesus wants us to do in response to this tragedy.

For my part, I pledge to redouble my efforts to help others find a better way – the way of Christ — from now on. Every chance I get. I’ll do it in memory of the Charleston Christians, and in gratitude for the Lord of Life Who loves each of us so much.