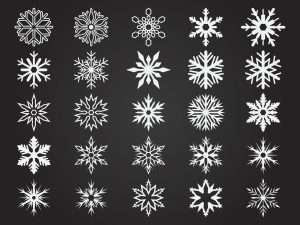 For as many of you as have been baptized into Christ
have put on Christ.
There is neither Jew nor Greek,
there is neither bond nor free,
there is neither male nor female:
for ye are all one in Christ Jesus.
And if ye be Christ’s,
then are ye Abraham’s seed
and heirs according to the promise.

We had this friend who was a good golfer and a bit of a practical joker. He was a very sweet, solid Christian, a salesman, husband and father. He has gone to be with the Lord now.

But of all the stories about him that keep his memory alive, this one stands out. It’s about racism, and getting past skin color to the real issues of life and love.

See, one hot summer day, many years ago, our friend, who is white, arrived at his golf club to find out that the newest club member, an African-American businessman new to the city, had been placed in his foursome for the morning.

Mix-and-match scheduling is a nice way of introducing someone new to fellow club members. This was long before Tiger Woods, and long before there were many golfers of color at country clubs anywhere. In fact, I think the new guy was the first African-American to join this particular club.

They played the first nine holes in pleasant companionship. The African-American man was a good athlete, but so new to golf that he was constantly in trouble. His ball flew into the rough, under trees, out of bounds, and into the sandtraps. But every now and then, he would hit a beauty, a really long one, right down the middle of the fairway. His game so far had a striking inconsistency, you could say.

On the 10th tee, he hit his drive. That’s when it started.

Hunh? Was that a cut? The African-American man frowned, but said nothing.

Heyyy! A racial slur!?! Gosh, haven’t we gotten past all that yet? The African-American shot him a scowl this time.

On the last tee, he hit his drive right in front of the green, in position to get a birdie. And our friend said, “You’re in good shape, Snowflake.”

That’s when “Snowflake” blew his stack.

He stalked over and stood toe to toe with our friend. The tall black man glared down at the short white man with a mixture of menace, hurt and puzzlement, and demanded:

“Why do you keep calling me ‘Snowflake’? What are you, a racist?”

Our friend stared back up at him, smiling, savoring the moment.

“I call you ‘Snowflake’ . . . because every single one of your golf swings is DIFFERENT!”

It was as silent as snowfall.

The black man looked deep into the eyes of the white man, and saw the innocence there. The good intentions. The humor. The friendship. The welcome and the acceptance.

His icy frown melted into a warm grin of recognition. “Oh,” he replied. “OK.”

(And made the birdie, by the way.)

This white guy was no racist. He was just trying to initiate the new guy into the world of men’s weekend golf. In that world, it doesn’t matter who you are or what color skin you have. You’re going to get razzed. Equal opportunity razzing! You’re going to get a nickname. The meaner and the funnier, the better.

The meaner they are to you, the more you can consider yourself accepted. So he hadn’t been insulted. Actually, he’d arrived!

It broke the ice. They became close friends, and played golf together for many years after that.

And just like an individual snowflake, let’s remember: an individual spirit is colorless. It’s a huge waste of time to fixate on details like skin color, and let them define us in any way.

By breaking racial barriers, on the golf course and in the business world, in the classroom and the church and the science lab and the social networks, that truth will now be accessible to millions more people around the world.

Think of the impact of just those two human “snowflakes” who became close friends, the example they set for others. That wasn’t an easy situation, but it ended in a victory for both men.

You know, as snowflakes fall, they change: the longer they whirl around and the more they go through – the more ups and downs, and temperature changes, and wind gusts — the more complexity they develop. The more layers they add on in different directions. The more beautiful they become.

Think, too, about this: even though one individual snowflake is wonderful, it is in the context of snow that it fulfills its purpose. When it is in “community” with other snowflakes, millions of them, in a snowbank or a snowman or even a massive snowball fight among friends, it means the most.

It’s the same thing with Americans. Merging our diversity into unity is what our country is all about.

Remember, without each other and our Creator, we wouldn’t have a snowball’s chance in hell. †