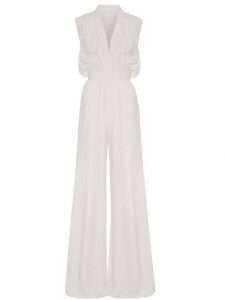 This then is the message
which we have heard of him,
and declare unto you,
that God is light,
and in him is no darkness at all.

You know how it is, around the one-year anniversary of the death of someone you dearly loved. The adrenaline’s gone. The ache is permanent. Reality sets in. By now, you’re supposed to have accepted the loss and gotten past the grief.

Not always, boy. Not always at all.

The anniversary of the death from a brain tumor of my Beloved’s mother, Mary Jean, came and went this past month. We were glum but knew we could trust God’s promises. We assured others that we knew she was in heaven because she had accepted the Lord as her Savior. We would all see her again one day.

We believe that. But it’s all so abstract. When you want something to hug, faith is just not enough.

Then last night we ran into “Tootie” and everything changed.

“Tootie” is the childhood nickname of a beautiful and athletic woman about five years my junior. Our families belonged to the same country club, growing up, as did the family of my Beloved. I played golf and swam with Tootie’s older sister

Tootie was the funniest, cutest little kid you could ever meet. She seemed to have sprung from the womb excelling at golf. The club pro took her under his wing when her golf clubs were still taller than she was. She was out there practicing constantly. She got better and better, and went on to win several state golf championships. There’s a plaque with her likeness hanging next to her mother’s, also a golf star in our state, in that clubhouse yet today.

We all rejoiced at her excellence. I knew my late mother-in-law, herself a darned good golfer, admired Tootie’s game and cheered her on at every opportunity. I vaguely remember giving Tootie a quick hug at the funeral last year. I thought it was very nice that she came. But I honestly haven’t talked with her for probably 30 years.

So it was a delight to see her again last night at a benefit dinner and auction. And then she told us this:

She woke up one morning about a year ago puzzling over a vivid dream she had just had. It involved Mary Jean! She was wearing a brilliant white jumpsuit, which resembled the style of the go-go days of the 1960s. Her tawny blonde hair was done up in one of those astounding, bouffant, 1960s hairdos.

And that was it. That was the dream.

Now, Mary Jean was always dressed fashionably and immaculately. She also was quite a lady: never was there a hair on her head out of place. She really did wear her hair like that, years ago.

She also had a heck of a short game, in golf, and won her share of competitions. Little Tootie might have idolized her back in the day, in the ‘60s, as a stylish role model, accomplished golfer, and nice friend of her mom’s who always spoke kindly to her at the club.

So in this dream, Tootie must have conjured up an idolized version of Mary Jean at her best. But why?

Tootie couldn’t get over the dream all day. Why would she think of Mary Jean Williams? It had been years. And why was she in that particular outfit, with the dated hairdo?!?

It was a startling coincidence. It rose to the level of a “visitation,” or whatever you would call a dream like that. “It was so weird,” Tootie said last night. “Me, of all people?!? I was going to tell you guys at the funeral, but I just couldn’t.”

So a little over a year later, she did.

And guess what? She was exactly the improbable messenger who could get that point across with total credibility and authority. And it was exactly, precisely, perfectly the right time for her to tell us.

We so badly needed to hear it! A spiritual shot in the arm!

Tootie, the Holy Spirit used your own personal memory of Mary Jean to give you a striking dream. He used our families’ relationship as the link between us that would make your story powerful. He knew you would pass it on to us as a precious message of encouragement and assurance. And He engineered the timing so that your message to us would come when it would mean the most.

It was better than a double eagle chip-in from the back bunker on the 18th green.

Some day, when we’re all up there at the ultimate 19th Hole, hanging out with the ultimate Master, with Tootie and her mother and Mary Jean and me and all of us, it’ll be another one of those great stories about “the links” that we all love to hear.

Not the golf links. The heavenly kind! †