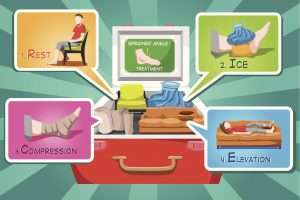 Thy mother is like a vine in thy blood, planted by the waters:
she was fruitful and full of branches by reason of many waters.

There’s a set of twins at our school, a handsome boy and his lovely sister. They are among the most well-rounded, successful kids you’d ever want to see. Sports, Student Council, church involvement, a host of hobbies, lots of kindness to others.

How do you get kids like these? If only we could bottle it up and sell it.

Well, it’s not for sale. It’s priceless. And it comes from parents putting their children first, and concentrating on rearing them, not just “having” them.

See, their mom was an outstanding professional, making a nice salary and receiving lots of praise and fulfillment from her job. Then the pregnancy came along, and not only that, but twins.

“I just don’t know how we could make it on one salary,” her husband told her. Although torn, she agreed. She had always managed to juggle responsibilities before. And she’d just been offered a big promotion. Surely, she could be one of those working moms who “have it all.”

Well, she developed pre-eclampsia, and the twins were born more than six weeks too soon. They had to stay in the hospital for nearly a week, to learn how to breathe and suck on their own.

But they came home. She was able to nurse. Everything fell into place for the young family. During her maternity leave, which was extended because of the twins’ health, she conducted a careful screening campaign. Eventually, she hired an excellent nanny to come into their home when she went back to work.

Too soon, the day came. The twins were at their zenith of cuteness, at six months old. They were “busy,” but not too mobile yet. The mom left plenty of written instructions, color-coded supplies and multiple phone numbers for the nanny. They waved bye-bye each morning, and seemed perfectly content every evening when she got home.

She had a few misgivings and twinges about leaving them, but she stifled those  feelings. You just have to.

She was just settling down into the routine when, one day, she was hurrying to her car . . .

. . . and WHAM! She slipped and fell on a patch of ice, breaking her ankle.

It took eight pins and a plate. Doctor’s orders: she couldn’t go back to work for a while. She was going to have to lay on the couch at home and stay still, to let that ankle heal. With the twins, she was going to need to be organized to get through this.

Ah, but organization was her watchword! She could do this! She had hired the nanny! The nanny could care for the bouncing baby twins while she was laid up in recovery. She was paying her, anyway. And she certainly couldn’t handle baby chores on that bad peg.

So, for a couple of weeks, she stayed on the couch and watched the nanny feed the babies, lift the babies, bathe the babies, make eye contact with the babies, talk to the babies, cuddle the babies, put them down for nap, and clap hands with delight when they would utter philosophical statements like “goo goo goo goo.”

All of a sudden, the observing mom would notice that, when the nanny clapped hands with delight at the babies – HER babies — the babies would light up like Christmas trees and beam back. Not at HER – but at the NANNY!!!

She could see that they were bonding with the nanny. Wasn’t that what she wanted? Well, yes. But every little bit that went over to the nanny, by definition, went away from HER.

That hurt, and more than the ankle.

That was the end of the working motherhood experiment. The nanny got her severance pay, the mom quickly struck a part-time work-from-home deal with the office, finances and lifestyle choices were adjusted, and, truly, they all lived happily ever after.

And now the world sees these two thriving, beautiful young people, stuffed like twin Thanksgiving turkeys with a mother’s sacrificial love, glowing and confident and ready to take on the world.

And she gratefully says that staying home with them and rearing them has been the most fabulous blessing of her entire life.

So now she finds herself in the odd position of being deeply thankful for a broken ankle.

Sometimes you have to get knocked off your feet to help you see where you stand. †