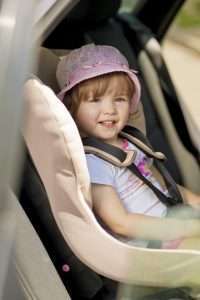 Say not ye, There are yet four months, and then cometh harvest?
Behold, I say unto you, Lift up your eyes, and look on the fields;
for they are white already to harvest.

But the day of the Lord will come as a thief in the night . . . the heavens shall pass away with a great noise, and the elements shall melt with fervent heat, the earth also and the works that are therein shall be burned up.

She’s grown now. But sometimes we had real trouble understanding our daughter Maddy when she was 2.

And sometimes she made herself crystal clear.

As the baby in our family, she was our fourth 2-year-old. So we were  veterans of these wars. But we still lost battles, lots of times. She was awfully funny, cute and disarming. She frequently bested us in disagreements over bedtime, naptime and pick-up-toys time. As a mom, I was used to that.

But I was seriously taken aback, floored, mystified, puzzled and a little scared by something she said one day.

I was unpacking her from her car seat to go into the grocery store. It was a cold, bright morning. She was in her fuzzy yellow snowsuit, glowing in the morning sunlight. She was spacing off, looking off in the distance as I unbuckled her straps.

Suddenly, she caught my eye, gazed at me intently, and said, clear as day, “The fields are white.”

Whaaa? I knew that was some kind of reference in the Bible to evangelizing souls. As a Nebraska native, I knew that the fields of golden grain are bleached white by harvest time. So that Bible verse meant “times a’wastin’ to go tell people about Jesus and lead them to salvation.”

But how could little Maddy, at 2, understand these high-falutin’ concepts?

She immediately went back to her babbling and her toys. The moment was gone. But not the idea:

“The fields are white”! There are people in every facet of my life who weren’t Christians. And I hadn’t even talked with them about that. It was long past time that I should be concentrating more on telling people about Jesus, and leading them to saving faith.

Who reminded me of this imperative? My pastor? A famous TV evangelist? No! My little toddler. A prophet of the living God!?!

It sure taught me to listen more carefully to little kids. They know things we simply don’t.

This was not long after 9/11 in 2001. We had all been paying attention to the reports of terrorism and rumors of war in the media. I was well aware of all the speeches, protests and predictions. I’d read many an article drawing parallels between what’s going on in the world, and End Time prophecies in the Bible. We hadn’t talked about these heavy-duty topics around the older children, and certainly not at all with little Maddy. But war and rumors of war have been on all our hearts.

Well, not long after that episode, Maddy went over to the sliding-glass door in her little pink flowered swimming suit with her colander helmet on. She looked outside, frowned, and said:

“All the houses are going to melt.”

I was standing in the kitchen, but heard her as clear as a bell. I hurried over to her and crouched down, face to face.

“My bicycle is going to melt.” Her lower lip jutted out dramatically.

And then she said, “All the big restaurants are going to melt.”

The big restaurants. . . . I put an arm around her and hugged her tight. I couldn’t help thinking that the biggest buildings she ever went into were probably restaurants. To her, a vision of skyscrapers falling down in wartime would be like “big restaurants melting.”

My insides clenched. I mean, I’m no end-time fanatic. But I know what the Bible says.

Instantly, she replied, “We will be OK. We will be on the carpet. We won’t melt.”

Hunh? Carpet? I know Jesus said He was the “door,” but never the “floor.” Could she be trying to say “carpenter”? Or will we be whisked away from nuclear war, as on a magic carpet? The Rapture on a piece of Scotchguarded plush?

Was this the Holy Spirit speaking to me through my little girl? Or just some innocent babbling by an imaginative child, spurred by the sight of the afternoon sun on a backyard snowbank?

All I knew was, she seemed pretty sure about it, and not a bit scared. She kept holding my hand, and started chattering about something else.

But I puzzled over what she had said: “We will be OK. We will be on the carpet. We won’t melt.”

How could being on carpet keep us safe from such a horrible occurrence as the end of the world? I could never figure out what the heck she meant by that puzzling comment.

Now fast-forward several years. Maddy, by now a fourth-grader, started shouting, “No! The carpet! The carpet! Don’t do that to the carpet!”

I ran downstairs to find our dog Sunny slinking away. Maddy was standing in the living room peering down at our beige carpet.

She said that Sunny had been licking it like crazy, and she couldn’t get her to stop.

Instantly, I knew why. Sunny, a yellow Lab, had hurt her tail on a recent hunting trip. The wound hadn’t quite scabbed over. Everything we put on it to try to prevent the blood from splattering kept falling off the tip of her tail. (Labs are happy and wag often, you know.)

When the dog wagged her tail, she splattered blood all over the floors, the lower kitchen cupboards, and up the stairway wall. Her furry tail was like a paintbrush. It reminded me of the ancient Israelites putting lamb’s blood on their doorways, to protect them from the plagues in Egypt. Only THEY were spreading the blood on purpose. This was a housekeeping problem.

We had struggled to put one of Maddy’s old socks over the tip of the tail. We taped it on. But it came off often. I was finding little blood splatters everywhere.

“Oh, there must be blood on the carpet, and that’s why she’s licking it,” I told Maddy. “You can’t see the blood, but it’s there.”

Suddenly, I realized Maddy was staring at me. I froze.

That weird thing Maddy said about the carpet, years ago. . . .

Was this the answer to the old mystery about the carpet?

Blood on the carpet . . . which would keep us safe in Maddy’s “vision,” and the Blood of Jesus Christ shed on the Cross is what is promised to protect His believers. . . . Weird, but a fit.

You know how the Lord works. He “links” little rays of messages to us over the course of years. You receive one message, and don’t quite get it, but then you get another one, and it brings the first one alive.

He often uses children to give us these messages so that we won’t dismiss them as somebody’s artifice or just hot air.

So . . . because we were believers “covered by the Blood,” we would be saved from all that trouble in the future. Another reminder that it was high time to start leading people to Christ to get on that “carpet” with us.

I ran to my Bible’s concordance to find the verse about how Jesus’ blood would save us – Romans 5:9. There were many more.

So as the future unfolds, scary as it may seem, we should all take a clue from our 2-year-old “prophet.”

We may not understand all that goes on and all that we see. But we need not be afraid as long as we remember Who it is we stand on.

And always, always remember: He has plenty of room for more. The fields are white. Let’s go get ‘em. †