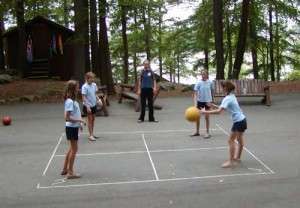 And said, O man greatly beloved, fear not:
peace be unto thee, be strong, yea, be strong.

Here’s a way that a good teacher shows kids why bullying is so bad.  She has each child take a clean piece of white paper . . . and crumple it, stamp on it, smudge it, and crush it into a little ball. Then they were to un-ball it, and try to smooth it back into a clean, flat piece of paper again.

Of course, they couldn’t. The paper was changed forever. There were creases and dents, lines and folds that wouldn’t go away.

It’s the same thing when you bully someone, the teacher explains.

When you speak hurtfully to someone, or shove them, or steal their money, or force them to do things for you that they don’t want to do, it’s as if you are crumpling them, like this piece of paper. They will never be the same. They will bear the marks and scars of your bullying for the rest of their lives.

Whoa! That is so powerful. I’m glad for that crystal-clear, practical example for kids.

It reminds me of the simple and effective way that one of our daughters, Neely, handled a playground bully several years ago.

In our grade school were several prominent families with a lot of money and power. Some of their children were great. But a few of them . . . oy. The shrinks would say they “reflected a proprietary sense of entitlement vis-à-vis other children.”

IN OTHER WORDS, THEY WERE BRATS!

A few of them thought they ruled the school. They were bullies. They worked just beneath the radar. But the emotional damage to their chosen victims was substantial. Every school probably has them.

If you sat at the lunch table with one girl, for example, she would ask you to jump up and get her a napkin. If you didn’t do it, woe is you. She’d start rumors against you. She’d trip you to embarrass you. You’d find out on Monday morning that she’d a party and invited everyone in the class except you.

These bullies would hit you, but always behind the teacher’s back. Or they’d talk about you, but always behind YOUR back. They would bully in the restroom, out on the playground, or to and from school, wherever adult supervision couldn’t quite reach. It was like a miniature gang at our grade school. At many schools, it’s worse.

These young bullies just had a way of always stirring the pot and wrecking the peace. They always isolated the weakest child for hurtful treatment, in front of the “pack.” That way, the rest of the “pack” would fall in line behind the bully so as not to be the next victim.

Our daughters were so smart and nice, and had enough self-esteem, that they didn’t get bullied. They had too many tools to resist it. But they did witness other kids getting bullied. And they didn’t like it one bit.

We talked about why bullies bully, and tried to develop compassion for them as well as for their victims. There was obviously a lot going on with bullies emotionally. We taught our girls the old adage: hurting people hurt people. We tried to encourage them to stand up for themselves and others, and never, ever to bully back – never retaliate for mean behavior with more mean behavior.

Of course we prayed, too. All you can do is try to equip your kids as well as you can for all kinds of situations, and hope for the best.

Well, one day at recess when she was in fourth grade, our Neely demonstrated exactly how you deal with a bully. It was a sweeeeeeet victory for all.

The fourth-grade girls were playing four-square on the playground. Four girls were in the squares. There was a line of about five more girls waiting to play. You played until you got knocked out of the game. Then you went to the end of the line ‘til you could get back in. The girls were having fun in the sun.

Along came one of the “overly-entitled” older girls, from a rich and politically powerful family. Her little pack of wannabe’s was right behind her.

The bully decided that she wanted to play four-square. But no waiting in line for her! She walked up to the shortest, weakest girl, who was standing in one of the squares at the time, holding the ball.

Towering over her, the bully put her hands on the ball, too, and snatched it away. “I’m playing now,” she told the fourth-grader. “Go to the back of the line.”

“Heyyyy!” the smaller girl protested. “You can’t do that!”

The younger girl’s face crumpled. She couldn’t keep up with the barrage of math questions. She gave in, turned away, and dejectedly started walking to the back of the line.

Enter Neely, stage right. She was a fourth-grader, too, with a Band-Aid on her knee and a long, blonde ponytail. She had been standing in one of the other squares. She witnessed the bullying. She was furious.

Immediately, she jumped over, took a stand right opposite the bully, and put HER hands on the ball with her face right in the bully’s face – going toe to toe with her. She gazed at her with her blazing blue eyes, and demanded:

“If YOU’RE so smart, what’s the square root of THREE?”

“Fine!” Neely snatched the ball away. “Go to the back of the line! We’re playing four-square!”

She called the little girl back to her rightful square. She pretended not to notice that the bully and her entourage meekly lined up behind the fourth-graders, and waited their turn.

Whoa! That was easy!

A good time was had by all. Not another word was said, except that, when recess was over, the bully casually remarked to Neely, “That was fun!” and hurried back into the building. Whew! Didn’t sound as though there would be any retaliation. Maybe, ironically, it had been a relief to have been called out like that, and stopped from bullying for a change.

When Neely came home, we asked her what the square root of three actually is. “I dunno,” she said, “but it sounded good.”

A bluff! We all had a big laugh. Her older sister was studying square roots in middle school. Doing their homework side by side at home paid off in an offbeat way.

We love that she knew that the only thing power responds to is rival power. If only more children knew how to access the ultimate Source of power, at any age, for good in this world.

We love that she stood up for the weak girl, and solved the problem without hurting anyone or calling in adults. She just insisted on fair play and common courtesy.

We bet the bully and her “pack” were actually glad to have their bad behavior ended. Deep down, nobody WANTS to hurt others or have that “rep.” So it really was a good bounce for all.

Those little girls played fair and square . . . and everybody won. †