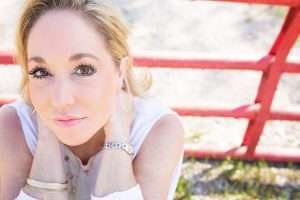 Blessed be God, even the Father of our Lord Jesus Christ,
The Father of mercies, and the God of all comfort;
Who comforteth us in all our tribulation,
That we may be able to comfort them which are in any trouble,
By the comfort wherewith we ourselves are comforted of God.

You know how you can take a limp, neglected and pale old houseplant, repot it in good soil, and fertilize it, water it, give it good sun, and in no time it will be lush and green and beautiful again?

That’s what Julie Shrader wants to do. Only not with plants. With people: girls and women who have been victims of sex trafficking.

“I just have this powerful connection with them, hearing their stories, knowing what they’ve been through,” Ms. Shrader said. “They’re victims, but they’re being treated like criminals who don’t matter. Well, they do matter. They matter to me. They matter to a lot of people. Most of all, they matter to God. I want them to know that.”

The Omaha woman could be called — not The Terminator — but The Rejuvenator.

She has quit her job as a medical assistant and plunging full-time into nonprofit service, though her brainchild, Rejuvenating Women. Her organization is helping prostitutes, escorts, exotic dancers and those who’ve been sexually abused or brutalized by sex in some way get a fresh, new start.

Shame and guilt keep women trapped in exploitive relationships, addictions, unemployment, anger, depression and Post Traumatic Stress Disorder, Ms. Shrader said. She aims to change that for as many of them as she can. Unfortunately, Nebraska gets a fairly low rating for its services in this arena from the human trafficking watchdog, www.polarisproject.org. But Ms. Shrader is among many Nebraskans working to change that, too, and has been heartened by proposed legislation in the Unicameral that she thinks will help.

No wonder she’s drawn to these women who need a wholesome champion so very badly: Ms. Shrader was in the exact same boat, not so many years ago.

“I used to be an alcoholic,” she said frankly. “I drank every day. Beer. At 17, a boy raped me at a big warehouse party, and then sex was no longer sacred for me, so I became very promiscuous. I dropped out of high school and didn’t even have a GED. Later, the father of my daughter beat the tar out of me and tried to push me out of a moving car when I was 5 1/2 months pregnant. He was horribly abusive. He beat me up so badly a few months later that he went to jail.”

When she bore her daughter, her mother got custody. “I became extremely sexually active then,” Ms. Shrader said. “I felt I was damaged goods. I had no sense of self-worth. Nothing mattered to me.” She partied all the time and barely spent any time at home with her baby.

Eventually, her mother got fed up and kicked her out. “I became a ‘couch-jumper,’ Ms. Shrader said. “I was exchanging sex for a place to sleep, and food.”

She got pregnant again, and this time, had an abortion.

She started working as an exotic dancer in the Omaha area and on the road, going to strip clubs and bachelor’s parties. Then she got sick of being an alcoholic and joined AA. She met a man there and fell in love. She vowed to leave the sex trade, married him, and got her daughter back at age 6. She got her GED and did so well at the Omaha College of Health Careers that she gave the graduation speech and had a 4.0 in medical assisting.

But things were far from rosy. “It was a terrible marriage,” Ms. Shrader said. “We both cheated on each other.” It ended in divorce.

She kept working as a medical assistant, and kept wondering if she would ever have a normal life and a normal family. Then she met the man who is now her husband. They’ve been together 12 years. He has made all the difference in her life, Ms. Shrader said.

The two of them started going to different churches, especially those that cater to non-believers and new believers, where they felt comfortable. One day, listening to a sermon on Jacob wrestling with the pre-incarnate Jesus (some would say an angel) in Gen. 32:24-32, she had a burst of insight:

“I realized I was Jacob,” Ms. Shrader said. “Oh, my gosh, I’ve been wrestling with Him all these years. I’ve been my own worst enemy in regaining wholeness in my life. I’ve been fighting the very thing that will heal me and give me purpose in life: faith.”

She and her husband have since become strong Christians. “Just surrendering my whole life to Jesus was the most amazing thing,” Ms. Shrader said. “I cried all day. The Holy Spirit came into me and said, ‘OK, Julie, we’re going all in. I want you to tell your story to other women and I want you to get them to love Me.”

She said her conversion was inspiring and powerful. She knew exactly what she should do with the rest of her life: help women who were in bad shape, the way she was.

It’s a world of gang rape and meth addiction, of manipulation and brainwashing, of girls locked in basement rooms with red lightbulbs where they are drugged and may be made to have sex with 20 different men each night. Yes, even right here in Nebraska, Ms. Shrader says. In fact, one out of five women are or have been sexually abused, she said. But the vast majority are so ashamed, they keep it a secret, and never heal.

It’s a world in which those who stand up to their pimps get beaten very badly in front of the other girls, to intimidate them. It’s a world in which girls are shipped in from Mexico in the back of semi trucks and on trains, to be “entertainment” at “parties” coinciding with such events as the College World Series in Omaha in June. Human trafficking, whether for sex or for labor, has become such a worldwide problem that it now is second only to drug trafficking as the most common crime.

It may seem impossibly difficult, to battle for and win women who have been brutalized physically and emotionally this way. But Ms. Shrader exudes confidence.

“When you pray for God to use you any way He wants, He does that, and He gives you people to help you,” she said.

It’s dizzying how much she has accomplished since she decided to go “all in” in 2012.

Though she has never done anything like this before, she has developed an exit team. Once they secure the girls or women, they counsel them, mentor them, and equip them to live on their own, away from the sex trade, many for the first time since childhood.

“It takes a long time to change their thinking,” she said. Many are hooked on drugs and can’t imagine any other way to live, because they never have lived any other way.

But her strategy is working. It’s growing so fast that now she is quitting her day job, and truly going “all in.”

Ms. Shrader has a 501(c)(3) corporation set up — called “Rejuvenating Women” — has attracted a board of directors and some volunteers, and has networked across the state and country with others who are working on human trafficking concerns. She had a radio talk show in Omaha for a while to build awareness about trafficking. She is a popular guest speaker at churches, colleges and civic groups.

She now operates a website, teaches Bible studies with forum discussion twice a week, and is beginning to fund-raise — with high hopes for the May 20 “Omaha Gives,” the online, 24-hour charitable contribution competition. She has scheduled a fall banquet with a nationally-known guest speaker. She has obtained free office and meeting space from her church, and is on her way toward accomplishing her dream:

She wants to operate a “restoration center” that would be a combination safe house for prostitutes coming out of the sex trade, and a life skills training program. It would be the first of its kind in the state.

She wants them to get their GED’s and learn skills to help them get and hold a job. She wants them to learn the basics of self-care, how to apply makeup, how to cook, how to use an alarm clock, household arts, child development, money management, and all the other skills that they missed out on learning because they were trapped in a world of sex, drugs and brutality.

And she wants to do all that within a Christian structure. “We find that as we love on them, and they begin to develop some Christ esteem and some self-worth, their eyes really do come alive again. You can see them regain hope. It’s frustrating, though, because they’ll make progress, and then — boom! — one day, they’re back on their cell phone with their pimp again, and we lose them again.”

She said most sex slaves leave and are reunited with their pimps six or seven times before the final, inevitable split — which all too often happens only when either the pimp or the prostitute dies, Ms. Shrader said.

Average length of time in a human trafficking situation: seven years. After that, the lucky ones get out, as Ms. Shrader did. But for many, the only way out is death.

Because the stakes are high and the situation is dire, Ms. Shrader said it is reassuring and exciting for her to have had a long chain of “lucky breaks” and “coincidences” happen to advance her mission. She believes these are heaven-sent and perfectly timed.

One man is giving Rejuvenating Women a mini-van. Another gave a car to a single mother who came to Ms. Shrader’s Bible studies. Friends and strangers alike are giving her small cash donations to speed her on her way. Professional counselors are volunteering their time to work with the women. The owner of a beauty salon is giving them free hair appointments. People drop off gently-worn clothes, shoes and coats for the women. Restaurant gift cards, groceries and furniture find their way to her, and the owner of a local storage facility gave her free space in which to keep the donated supplies until they can be used.

Throughout it all, Ms. Shrader has insisted on a Christian framework, including prayer and Bible study at all meetings. Recently she was in a meeting with other people interested in reducing human trafficking victimization, and the others said they thought that Christianity should be removed from their work so that they wouldn’t “offend” potential clients or donors. Ms. Shrader declined, knowing that the other people would probably quit working with her, and take their donor lists with them. And here she was, giving up her salary from her job and taking a leap of faith that the nonprofit could support her.

She was bummed. But a few hours later, she received an email from a man she had met through her advocacy. It read, “I have this house that I would like for you to use if you can. Do you know of any girls who need a safe place to live?”

Boom! She now has a safe house, or shelter or restoration home, whichever it turns out to be, and the cash to give her a good start.