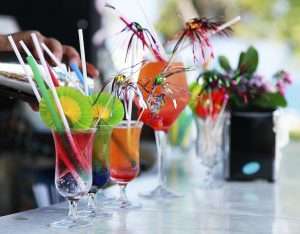 Humble yourselves therefore under the mighty hand of God,
that he may exalt you in due time:
Casting all your care upon him; for he careth for you.

I was in the car, hurrying to a meeting. My lips were chapped. I saw a little plastic tube of healing lip ointment in the console. Ahhhh! Keeping my eyes on the road, I awkwardly opened it with one hand and squeezed out a nice, thick layer onto my dry lips.

Hmm. It just sat there. Usually, you don’t have to rub this in. Must need extra time to be absorbed into my poor, dry lips. OK.

I arrived at my destination and took a quick peek in the car mirror before I rushed into the meeting. Good thing, too.

Because on my lips was a thick, white layer of HAND LOTION!

No tissue available, as usual. So passers-by were treated to the sight of a middle-aged matron KISSING her own hands and then rubbing them vigorously. Boy, is she lonely. Weirdo Alert.

Good thing it’s a good thing to be humble. I have a LOT of practice. Of course, actually, I love it when embarrassing stuff happens. It adds fuel to my humility fire.

Now, a high IQ individual I know, who shall remain nameless for obvious reasons, recently went through some very anxious days. She thought for sure she had cancer. She had one of the telltale signs: a sore that wouldn’t heal. It was right on her waist.

Weeks passed. It was still red. It still hurt. It just wouldn’t get better. She fretted, and worried. Finally, with a lump in her throat, she went in to show it to her doctor. She braced herself for the diagnosis: The Big C.

It was The Big C, all right. The Big Contact Rash.

Turns out she had recently gone on a big diet and exercise push. She got a pedometer, and clipped it on the waistband of her elastic-waist workout pants. Then she walked, vigorously, for, like, 10 full miles on her very first day. Of course, she perspired. OK, she sweat like a draft horse on a logging trail in July!!!

Next day, she did it again, putting the pedometer in the same spot.

Eventually, the spot began to hurt. So she quit putting her pedometer there and forgot all about it. But for weeks, the sore remained, right where her sweaty waistband rubbed it. “A sore that won’t heal.” That’s how she got the idea that she had cancer. She never put two and two together.

She folded her waistband down an inch, and the sore vanished within days. I ate a sack of Hershey’s Kisses in solidarity with her over the embarrassment of it all.

Sigh. These are the challenges that face us in the modern-day world. To the extent that being humble draws you closer to God, being humbled is a good thing.

And it’s going around. Last, but not least, the friend of a friend recently got all excited about an upcoming event in a distant part of town. She read about it in a suburban newspaper. She had never heard of such a thing. She thought it must be a wonderful community tradition, a fund- raiser, and “the” fun social event of the season, all rolled up in one.

She was imagining all sorts of unique, exciting activities at the rum walk. Calypso music pouring out of every bar and restaurant along that town’s downtown strip. Colorful Caribbean decorations on the sidewalks. Palm trees and tropical flowers everywhere.

You would dress up as if you were on a Jamaican vacation in a big straw hat and swishy skirt, maybe a coconut bra, strolling arm-in-arm with your Beloved and friends.

You would imbibe in drink after drink of the most delicious, colorful, rich rum drinks, all served in tall glasses with those little paper umbrellas:

Wow! What a fun event! She called everybody she knew to sign up for it, too. Oddly, nobody had ever heard of the Rum Walk. Maybe it was something new? Would there be pirates? Yo ho ho!

They asked her to sign them all up, too. Who would ever want to miss that?

Finally, she thought of a way to get more information about the Rum Walk: call the local suburban newspaper editor. The editor had her thumb on the pulse of everything going on in that community.

The would-be Rum Walker made the call. She asked the editor what the event was all about.

Hmm! The editor hadn’t heard of the Rum Walk, either. She looked on the community calendar . . .

You know, an exercise event! Where some people run, and others walk, to raise money for charity!

There would be no booze, no calypso music, no little paper umbrellas.

She had to call all her friends, explain the mistake, and take their hilarity, ridicule and loving humor.

But hey! All is not lost.

They could always do the run / walk, anyway, and just be SURE to put real lip stuff, not thick, white hand lotion, on their lips before they started.

And be DOUBLE sure not to put their pedometers right on their naked waistline skin between their coconut bras and their swishy Caribbean skirts!!!

After they ran or walked to their hearts’ content, they could take an imaginary liquid vacation to the Mental Bermuda Triangle, by drinking six or seven nice, tall rum drinks – and tip the Uber driver on the way home! †