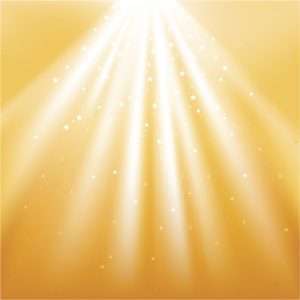 And I saw the woman drunken with the blood of the saints,
and with the blood of the martyrs of Jesus:
and when I saw her, I wondered with great admiration. . . .
These shall make war with the Lamb,
and the Lamb shall overcome them:
for he is Lord of lords, and King of kings:
and they that are with him are called, and chosen, and faithful.

The newspaper contained the photos and bios of the 13 people who were slaughtered by the apparent Muslim extremist at Fort Hood several years ago. The descriptions of those who were killed reflected a spirit of bravery and sacrifice that is awe-inspiring:

“She was really proud to serve her country.”

“He was as soft and kind and as gentle as they come, a sweetheart.”

“She was the most fun and happy person you could know.”

“He was the best son in the whole world.”

“She loved the Army and loved her family very much.”

As I kept reading, and realized that Veterans Day is this week, that terrible itch started at the bridge of my nose, and spread down my throat, straight into my heart. The tears flowed as I read the rest of the stories about this surreal and horrible tragedy. It was the largest mass murder ever on an American military base. That base is the largest military post in the world. So if that place isn’t safe, no place is safe.

What’s worse, the cowardly shooter was in the employment of the U.S. taxpayer, and was shouting an Islamic battle cry as he senselessly murdered the innocent people.

I realized that, because of his deadly religious belief system, this tragedy had been elevated to a spiritual plane. Those 13 people weren’t just victims of a random, psychotic madman.

Nidal Malik Hasan shouted “ALLAHU AKHBAR!” as he murdered the 13, wounding 38 more. A lifelong Muslim, there was a pattern of religiously-tinged dysfunction and conflict in his past. In recent months, he had reportedly praised Islamic suicide bombings, and spread anti-war propaganda. That was even though he was employed and entrusted in the American military, working, ironically, as a psychiatrist – someone who is supposed to heal other people’s emotional wounds, not create them on a mass scale.

So just for innocently being in the path of this satanic, death-minded man, with his twisted beliefs based on a badly distorted picture of Who God is, the 13 Americans were killed as a witness to the rest of us, just like the ones martyred in the Bible.

The ripples are spreading around the world. And that’s not all bad. Because everyone saw the evil in this act, and associated it with yet another Islamic extremist.

The martyr whose newspaper vignette really got me was Sgt. Amy Krueger, 29, of Kiel, Wis. Her beautiful smile lit up the newspaper. She must have been sweet and idealistic, just glowing with goodness. Her mother told reporters that Amy had joined the Army after the 2001 terrorist attacks, and had vowed to take on Osama bin Laden. Her mother had demurred that she couldn’t do it by herself. And the daughter had replied: “Watch me.”

So I got to thinking:

By dying at the hand of bin Laden’s fellow Islamic ideologue, she HAD taken on bin Laden, and the spirit that drives him and the other hateful, deadly terrorists. The glow on her face reminds us of the stories of the Biblical martyrs – who suffered and were tortured and killed, but were brave and faithful and even happy, in death. Why? Because they KNEW they had stood up to evil. And they KNEW where they were going for their eternal reward.

We love that bravery. We’re drawn to it. So you win, Amy.

We watched you. And we will remember.

The Ft. Hood tragedy shook me out of my Christian complacency about the spiritual warfare that is going on all around us. I hope it woke up others, too. It’s so easy to be a “cartoon Christian,” and look only for the sunshine and lollipops of the Christian life. But it’s much more serious than that. You can say you’re a believer. You can say that you trust Jesus Christ for salvation. You can then go about your everyday life as if it doesn’t make a difference what you believe. But oh, it does.

By identifying yourself with Christ, you are saying that you value Him above even your own life – that you would lay down your life to advance His cause. Not kill innocent others – He would never tell you to do anything wrong — but to be a Christian is to be willing to go to the point of accepting death. You do it, if it will be a witness to other people about how trustworthy He is, and how you can believe His promises, no matter what.

I trust Him completely. But until this mass murder, I was kind of in denial about the logical extension of what that meant. I never wondered, before, whether I would die for him. Now, I know I would.

If you’re “in it” as a Christian with your entire being, you HAVE to be ready, willing and able to become a martyr, in a lightning flash, like those people at Ft. Hood. That’s how dead-serious spiritual warfare is.

What prepared me even more than the Ft. Hood massacre for this decision is something that happened to a dear friend several months after 9/11. I hadn’t wanted to write about it before now, because it’s a little scary. But now’s the time to record what she “heard” in her heart, and here it is:

“It was my son’s 19th birthday. We had had a family birthday party for him. It ran late. Everyone left. But he said he had to drop his car off in the northwest part of town that same night, for a guy to do some work on it the next morning. It was a nice night, so I jumped at the chance to help him out and follow him over in order to bring him back.

“It was at about midnight or 1 a.m. I was sitting in my car, half-reclined, with the radio on while he was inside the garage, ‘car-talking’ with the guys in the garage.

“I remember how peaceful and glorious the stars were, with no city lights. The starlight was just incredible. I saw every star God made, and sat back and closed my eyes and just listened.

“Rich Mullins (a Christian musician) was playing his dulcimer on the song on the radio, and my mind was just soaking in the moment, totally peaceful.

“All of a sudden, the exact words out of the blue were:

“The words were quite audible, so much so that I sat up straight and said aloud simply, ‘OK.’”

She “heard” nothing more.

She didn’t get scared. She had heard from that same voice before. She recorded that one line with the date in the back of her Bible, with other “words” that she has heard directly from her Commander, Jesus Christ.

She knows that one day, she will die for His glory, somehow, in some way.

She doesn’t know if she will be alone or in a group, facing her killer or not.

She doesn’t know if her martyrdom will happen in the next 50 years . . . or tonight.

All she knows is that, as long as she remains faithful to the One true God, she doesn’t have to kill anybody else to get to heaven. She doesn’t even have to fight, and she still wins.