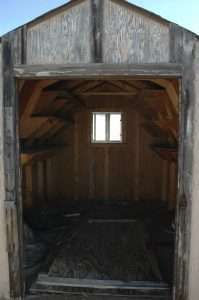 He maketh me to lie down in green pastures;
he leadeth me beside the still waters.
He restoreth my soul. . . .

My Beloved has occasionally expressed a yen to go camping. Oh, to be as one with Nature! To live off the land! To commune with God’s creation in self-sustaining, low-carbon-footprint (hint: low-cost) style.

As a card-carrying High-Maintenance-Spa-and-Pedicure type of wife, with Low-Tolerance-For-Squalor-Outhouses-and-Mosquitoes Syndrome, I had successfully stifled the camping urge by telling him “the call of the wild” he was feeling must just be gas.

But the other weekend, we went camping. And even though I have to admit I loved it, especially seeing the bald eagles, herons and pelicans, and the peaceful pleasures of sunny days on a big, blue lake, overall, on principle, because it was camping, just to be consistent, I hated it. And you would, too.

See, there’s this guy my Beloved knows. He has a sketchy past, and had spent time in the Big House, but has a heart of gold. He has about 15,000 tattoos up his arms, and has been known to tote the odd bottle of schnapps. But the bottom line is, he’s a really, truly nice guy.

My Beloved has known him for 10 years with nary a problem. The main thing is, they share a big love for fishing. They agreed that one of these days, they were going to go fishing together at this friend’s special, top-secret spot, out in the middle of nowhere in South Dakota. There’s no place to stay out there. So you camp.

Finally, the jig (literally! just a little fishing humor there) was up.

No posh resorts or so-so motels or even some yahoo’s bed and breakfast. No, you go there, and you camp. Or you don’t go there.

So my Beloved wanted to take his high-maintenance wife and chip-off-the-high-maintenance-block daughter to this hellhole. No Jacuzzis or room service or Internet access for 100 miles in every direction.

Would we like the adventure of sleeping in a tent? BAH!

Wait a minute, he proclaimed. They have these cute little “camping cabins” you can rent, right there on the water’s edge!

So he made the reservations. Major red flag: $37.50 a night. Oh, well, high gas prices must be making things tough for tourism up there. All the better for us. Yay!

And then we got there and saw it. This was no picturesque cabin. This . . .

There was no bathroom, though my Beloved announced proudly that there were “flush toilets” just 50 yards away. Heyyy! They flush!!! And you can walk there in a jiffy, just past those Hell’s Angels guys and that scary-looking couple in the 1965 trailer with the yappy Pomeranians.

There was no sink in the Tuff Shed. No fridge. No table, nor chairs.

There was no cooking equipment, other than a rusted firepit outside.

The furniture was one set of bunkbeds and one other bed, with inch-tall plastic mattresses. No linens. There was a window air conditioning unit circa 1939.

I was just absorbing this reality when my Beloved announced that he only had time for a peanut butter and jelly sandwich before he had to meet his friend to go fishing.

I had imagined they would leave before dawn and we could sleep in and then enjoy lake sports all afternoon. But ohhhh, noooooo. If you want to get catfish (ew!) you have to go in the middle of the night (eww!) and fish below the hydroelectric dam (sparks! high voltage! ewwww!).

This is because a few dumb fish from up above the dam get caught in the turbines and cut up into pieces. The pieces spill over the dam into the lower pond and river below. Then the big catfish come at night to feed on their now-chunky-style deceased brethren (EWWWWW!).

Now that tears were spurting out of Maddy’s sympathetic eyes and making our pb&j’s soggy, I recalled that it was only a few months ago that my Beloved and I were on vacation on Maui, Hawaii. We dined in real restaurants on actual chairs with gourmet food that didn’t come straight out of the jar. There was a flower on your pillow every night, the swank oceanfront hotel looked like anything BUT a Tuff Shed. If you so much as hiccupped, 14 hotel maids and valets were at your side serving your every need.

Now here came the friend with his ancient, metal, flat-bottomed johnnyboat. It had a “powerful” six-horse motor on the back. Off they went into the gathering dusk, all smiles.

Then it was just Maddy and me, armed with a flashlight and bug spray against the coyotes and hoot owls. We went to bed early. She took the top bunk, and I rested underneath. I felt like a big slice of Baked Alaska: inside the sleeping bag, I was boiling, but body parts outside of it were freezing on account of the 9 million megawatt window air conditioner, which sounded like a Boeing engine, blaring oily air right in my face:

My Beloved was out there in an iffy old boat with a guy with a sketchy past. He could be planning to tie him up, cut him into pieces, push him over the dam, come back here in the dark, and steal our pb&j and bug spray! What’s worse, the CAR KEYS were in my Beloved’s pants pocket! If he’s tied up and thrown overboard, never mind dragging the bottom for his dead body . . .

Hours passed. What was taking them so long? Why weren’t they back?

I tossed and turned. It was so humid in there that each time I shifted my bare arm on the plastic mattress it sounded like someone was removing a Velcro strap: RRRRRIP!!!!!

Of course, in the window unit’s rare quiet periods, there was one pesky mosquito buzzing around, one inch out of the reach of my smacking palms.

It got later and later. Midnight, then 1 a.m.

Simultaneously, I became aware of (1) strong lightning moving in from the west, and (2) the natural consequences of drinking several bottles of water that evening.

Nature was calling, all right! Maddy slept peacefully in the upper bunk. I didn’t want to waken her and drag her out with me. But neither did I want to leave her alone while I braved the Hell’s Angels and the Pomeranians.

The minutes passed. The lightning flashes, thunder boomers and my bladder alert all became more intense. Then it started to pour down rain. Oh, the subliminal suggestion! Now I really had to go!

Where was my hero, my provider, my champion? Oh, yeah: out with an ex-con in a tin boat in a lightning storm near a hydroelectric dam!!! Riiiiight.

Finally, in desperation and resignation, I un-Velcro’ed myself off the plastic mattress. I groped in the dark for a large plastic cup. As our older daughter unceremoniously calls it, I popped a squat” in the corner to “go” into the cup.

All the while I was mourning for our luxury accommodations in Maui. It was pretty ridiculous and I started to laugh, which just wrecked my aim.

I’m sure the coyotes and hoot owls got an eyeful of me in that ridiculous posture through the tiny window because of the intense lightning strikes. They probably ran away in fright instead of attacking us, but at that point, I was so far gone emotionally, I didn’t care.

Well, hey! They SAID camping is an adventure!!! Now I know for SURE.

After all that drama, I fell fast asleep, though I’m sure I twitched all night. Did not  hear my Beloved come in.

In the morning, though, I saw that he had evaded electrocution, drowning, assault, armed robbery, and best of all, still had our car keys. He hoisted aloft an icky-looking catfish and a tiny walleye as if they were a 14-feet marlins. I gave him a wan smile and a thumb’s up, scratched my mosquito bites, and said I was ready to go home.