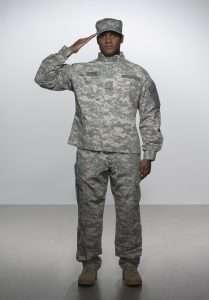 As one whom his mother comforteth,
so will I comfort you;
and ye shall be comforted in Jerusalem.

My dad had a highly specialized job in the Merchant Marines during World War II. He was so patriotic, he lied about his age to get in on the fighting. I’m sure they were thinking of his mother back home when they gave the naïve 17-year-old from Nebraska a really safe job. They made him a “medical officer” on a supply ship off the Philippines, pretty darn far from the action.

His job consisted of doing routine first aid for the swabbies. Some men fight with bazookas and hand grenades; my dad fought with bandages and splints.

The highly specialized part of his job was this: whenever the swabbies would go on shore leave, it was his job to make sure they had plenty of condoms. He literally threw handfuls down to the sailors as their boats were being lowered into the water to go ashore.

So he never shot a gun. So what? He saved lives and prevented casualties anyway. I doubt he ever told his mother ALL the details of his job. At least she didn’t have to worry as much as some.

Now, I have a friend whose dad’s wartime assignment was even cushier: he played basketball. That’s right: he shot hoops instead of bullets. He was a great player, and watching games was a nice diversion for the troops getting ready to go to war. So he played in a league at military bases up and down the eastern seaboard, and neither set foot nor bounced ball on foreign soil. A mother’s dream.

Ah, but not all mothers can be that lucky. Now a whole new generation of us are going to find that out.

I have a friend whose only son is being deployed to the Middle East next week. He is 20. He is a hunk. He is a Marine. He is in the ground troops, and he is not afraid.

But his mother is.

That is about as far from a cushy assignment as a soldier could draw in wartime. Oh, the things that are running through her mind.

When he enlisted, she went along with it: he wanted to be one of the few and the proud. It fit. He was perfect for the Marines. He worked hard. If he was happy, she was happy.

But then came more and more terrorism. All of a sudden, this wasn’t a boy off playing in the mud with pretend weapons. Rumors and news reports jolted her ears now. War! We’re going to have war! The stakes and the pressure suddenly zoomed sky high.

With some of the scary things they’ve been saying about what our ground forces may soon face, all she can do is pray. She’s asking everyone she knows to pray, too.

But she’s a mother . . . and like all mothers, she had one more thing up her sleeve.

She wanted him to recognize that the Bible’s promises are for him. But in that heavily Muslim country, you really can’t have a Bible. How to ensure that he would always feel the love and protection of the Word made flesh and recorded on paper?

Where there’s a will, there’s a way. She wrote down her favorite Bible verse in permanent ink on a strip of fabric. Then she sewed it upside down in the lining of his left jacket sleeve, inside the cuff. It doesn’t show. But anytime he wants a dose of mother love, he can flip his sleeve back and read:

Be anxious for nothing, but in everything by prayer and supplication with thanksgiving let your requests be made known unto God. – Philippians 4:6

She wrote down the same verse on another square of fabric, and sewed it upside down in the hem of the left sleeve of her robe, inside the cuff.

She starts each day at dawn, praying and reading the Bible. Starting next week, she will be concentrating hard on the words up her sleeve. Across the world, her son will be doing the same.

They know this: when it’s time for war, you can still find peace. Be anxious for nothing. Share your heart with God.

In the coming months, no matter what happens, a mother and son will fight together, facing danger and fear with uncommon valor. His is the outward battle, hers the inward one.

One thing’s for sure: her courage, her bravery, her dedication, her loyalty will be every bit as strong as his.

A mother wears her heart on her sleeve, you know. †