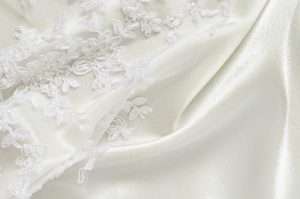 For thus saith the Lord,
Behold I will extend peace to her like a river,
and the glory of the Gentiles like a flowing stream:
then shall ye suck,
ye shall be borne upon her sides,
and be dandled upon her knees.
As one whom his mother comforteth,
so will I comfort you;
and ye shall be comforted in Jerusalem.

I saw a young mother embracing her newborn son this past week. He was brought to her squalling. But in an instant, as her arms gently encircled him and her face hovered right over his, murmuring softly, his little puckered-up Winston Churchill face went quiet and content.

Everything else fell away – the headlines, the weather, gas prices, politics. The two of them were enraptured and complete.

It brings a lump to your throat, that pure, simple and beautiful thing called mother love. None of us can ever quite get enough. There’s nothing more pleasurable to give.

It’s how God wants us to feel when we spend time with Him – warm and wrapped up, safe and sound, held close and tended to. No wonder the nickname of God’s Holy Spirit is “The Comforter.” That’s just what He’s like – soft and yet firm, warm and yet light, like a comforter. Like a mother’s arms.

I heard a story recently that illustrates this. It was told by a friend who attended a quilt show in another city, and was fascinated by a story about a half a quilt.

A half a quilt, you ask? Therein lies the tale:

It seems there was a young mother, many years ago, who died giving birth to her second child, a daughter. The father became despondent that the infant would never know anything about her mother other than the few pictures and mementoes he had. How would this child feel her mother’s love? How would she experience the closeness and comfort of her mother’s touch?

So he had a wonderful idea. He brought his late wife’s wedding gown to a quilter, and asked that she make a comforter out of it. Nothing represented his late wife’s beauty and essence better than that gown. It was what she wore on the day she was at her very best. That’s how he wanted to remember her. That’s how he wanted her children to think of her. They could wrap up in it, and know what she was like. 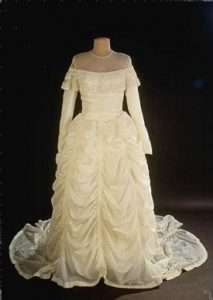 So the quilter pieced together a crazy quilt with all different shapes and sizes of fabric. It was all in white satin, with lace and beading left in place for beauty and sparkle. The quilter added light and warm cotton batting inside, with a soft and plain underside. It formed a beautiful, warm and airy comforter, just the right size for the bed that the two little girls shared.

But then the unthinkable happened. A few years later, the younger daughter got sick and died, too. It was so hard for that father to think of burying the poor little motherless child in the cold, hard ground.

But he had an idea: why not bury her in the quilt? It was beautiful and suitable. But what about the older daughter? Didn’t she have a right to the heirloom as well?

So he did the only thing he could: he cut the quilt in half. Half was wrapped lovingly around the little girl going into her grave so young. The other half stayed with the older daughter, to sustain her through the rest of her life. He had the borders re-sewn so that it became a quilt again. She would live her life without her mother or her sister – but would still be connected with them both, through the quilt.

You can imagine the joy in heaven at their reunion someday. What was cut apart was complete again. They would all be reunited in the ultimate comfort of their heavenly home.

No wonder people are so touched by the display of that half a quilt. As with any work of art, it’s not the thing itself that has meaning and beauty: it’s what it stands for.

Mothers, when you wrap yourself around a child, God is wrapping Himself around you both. Lightly, firmly and warmly, you’re covered, safe and sound, held close and tended to . . . forever and ever. †