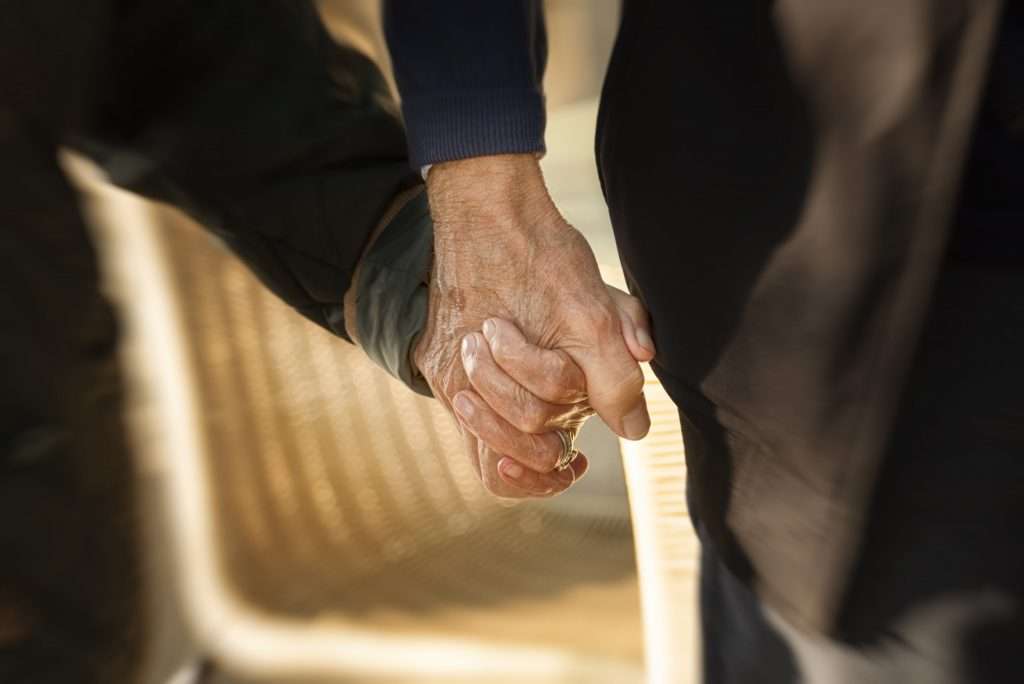 One of my favorite love stories of all time was how our neighbors in Arizona  met and married.

He grew up in Council Bluffs, Iowa, across the Missouri River from Omaha, and attended Omaha’s prestigious boys’ school, Creighton Prep. He went to undergrad and medical school at Creighton University here, and departed for Los Angeles for his surgical residency.

After he had been there a while, he got a rare night off. He wanted to attend a concert. But he didn’t have a date. He told his boss, an older surgical resident. The boss replied, “Well, I have to work, but my girlfriend might go with you. Here’s her number.”

They went to the concert. They hit it off. Next morning, he picked her up to go to the beach.

By noon, they were engaged.

A few weeks later, they were married. (I forgot to ask, but would bet that the older surgical resident might’ve been the best man!)

They went on to have seven children together. He had a stellar career as a surgeon, and in retirement they were living happily ever after.

By the time I met them, they were in their mid-90s. They had been married for more than 70 years. They were both still very interesting and fun to talk to. Their home was fascinating, with mementoes from their world travels. They put on a great dinner complete with a special shipment of Omaha’s deluxe eCreamery ice cream.

So it was with great sadness that I learned, this past winter, that the “bride” had passed away, of natural causes. It is unlikely that the “groom” would be returning to Arizona, having moved to be near their adult children.

I never got a chance to tell them how spectacular their love story is. How “love at first sight” stories make me dizzy. How I will always cherish knowing about their wonderful long married life together. When they looked at each other, it was uncanny: I think they still saw each other as they looked when they first met.

Seventy-plus years! What they went through together! What they discovered! What they enjoyed! What conflicts they worked out! How they supported each other, and learned from each other, and shared with the world in the form of their seven great children. What a legacy!

I think stable, long-time marriage is the bedrock of American society, because that degree of incredible faithfulness and commitment over time is the way God has designed our ideal lives. It reflects His purpose and plan better than anything else.

So I missed that opportunity to praise them. But I just heard about another magnificent, long-married couple, celebrating their 70th anniversary later this month. A farm couple in rural Nebraska, they had a whirlwind courtship, too. They met at a dance in April, got engaged on her birthday a few weeks later, and got married just one month after that.

They have lived in the house the “groom” was born in, all their married life. Talk about stability! They had five children, 11 grandchildren with one in heaven, and 16 great-grandchildren.

The secret of the longevity of their matrimony? Their daughter smiles: “Opposites attract . . . and dancing.”

I wonder how many fresh-faced brides and grooms, repeating those vows before God at the altar, expect that they will make it to their 70th anniversary? I bet lots of couples think they will. But very, very few actually do. So when I hear about one of these, I rejoice, bigtime!

I’m sending them an anniversary card with this message:

“Way to live up to those vows you took before a holy God . . . to model true faith for us . . . to fulfill your promise to love, honor and cherish each other as long as you both shall live.”

And p.s. – way to keep things spicy with a lot of dancing! †

Let thy fountain be blessed:

and rejoice with the wife of thy youth.