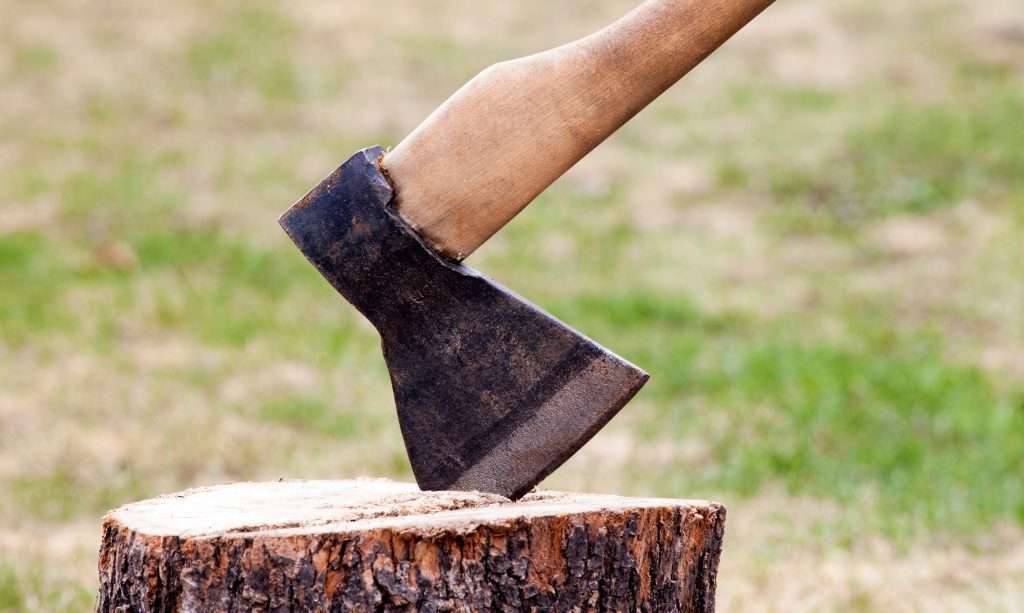 We used to have a cabin in the North Woods. My grandpa and dad had a great shop up there. It was filled with just about every tool you could imagine, from glazier’s points to boat motors to 70-year-old oil cans.

In the corner leaned an old lumberjack’s ax. The wooden handle was probably five feet tall. On top was a huge and heavy iron ax head. You’d have to have Paul Bunyan arms to lift it.

I was too intimidated to touch it. But I’m thinking of it today as the controversy continues over whether there were, indeed, so many phony ballots cast in the Presidential election last week that it looks like the wrong guy won. Want to “ax” me why? I’ll tell you:

In all the online comments I read about the voter fraud issue, someone mentioned “the floating ax head” story from the Bible. I had never heard of it, so I looked it up.

In 2 Kings 6, some young prophets were at the River Jordan with their leader, Elisha. They were cutting wood for their home as they started their ministry. But one man’s heavy ax head fell off the handle into the water. (This must be where we got the expression, “fly off the handle.” Ha!)

But this was a disaster. Iron was fairly new technology in those days, and costly. Besides, the man had borrowed it, and was devastated.

Elisha cut a stick, tossed it into the water, “and the iron did swim.” He told the man to pick it up, and go on building.

Whoa! Iron floats?!? I read up on it more. This story broadened Elisha’s reputation and influence as a leader in Israel. The stick represents the scepter of the leadership of God over all creation. The iron represents human effort and technology. Technology can help us, but it also can fail us. However, God never fails, and He can remedy any bad situation. Presto: floating ax head.

You can go further with the deep symbolism here: the water is holiness and love, especially at the River Jordan; submerging in it and then reappearing is a foretaste of baptism; an ax represents judgment in the Bible (Matt. 3:10, etc.); the stick is a foretaste of the Cross, as Jesus helps us avoid God’s judgment through the  amazing miracle of Resurrection. Through His grace, no matter what happens, we can count on Him to help us fix our problems and continue our good deeds.

Hmm. Technology: election machines, computer software, paper ballots. All can be used for evil purposes, like cheating to gain the nation’s highest office.

But the God who can make heavy iron float can put things right in a snap. (Or a courtroom, which I think is more likely.)

So: “ax” me if I’m worried that the truth will not come out.

And the man of God said, Where fell it?
And he shewed him the place.
And he cut down a stick, and cast it in thither;
and the iron did swim.